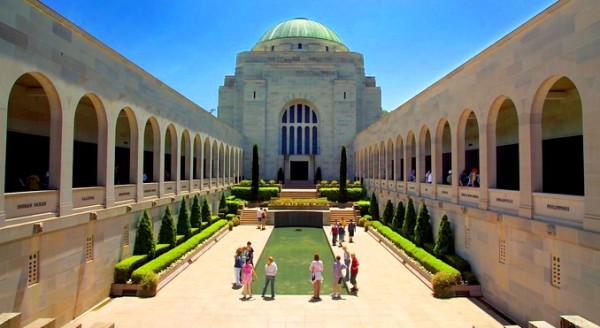 The Australian War Memorial will carry out major restoration work to its Commemorative Area Courtyard thanks to a $1 million Commonwealth heritage grant.

“The Australian War Memorial is an important national landmark that helps us understand the Australian experience of war and its lasting legacy on our country,” Mr Hunt said.

“Close to one million visitors visit the memorial each year. It is a significant piece of our national heritage and one of which we can all be proud.”

Senator Ronaldson said the Australian Government’s investment in the War Memorial was a fitting commemoration for the centenary of Anzac.

“It is crucial that future generations have the opportunity to visit the memorial and learn about the experiences of our Australian servicemen and women,” Senator Ronaldson said.

“This investment in the future of the memorial demonstrates our nation’s determination to remember and honour the sacrifices made by Australians during times of conflict.”

The Commemorative Area Courtyard restoration will include the removal of asbestos from the stonework’s joints, as well as the removal of decaying fabric.

The iconic sandstone gargoyles will be reconstructed to tackle drainage problems at the cloisters and prevent further water damage to the reconstructed stonework.

“This major investment in the stone fabric of the Australian War Memorial reflects the iconic and sacred place it holds in the heart of our nation. I thank and congratulate the Abbott government for its support of these vitally important works,” Dr Nelson said.

The $1 million grant over three years was made under the Australian Government’s Protecting National Historic Sites program and is part of almost $9 million allocated to18 historic sites across Australia listed on the National Heritage List.

The Australian War Memorial was listed on the National Heritage List in 2006.