You are here: Home » Articles filed under: 'News' » Article: 'War Trophies or Curios?' 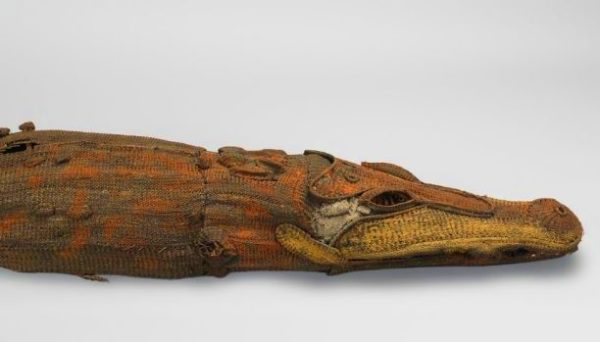 A few expletives were heard when curators discovered a glorious remnant of another time and place.

During an inspection of objects from New Guinea in Melbourne Museum’s storerooms in 2007, visiting anthropology curator Barry Craig spotted something. “What’s in that box high up at the top of that shelf?” he asked his colleague, Ron Vanderwal.

Vanderwal, then the museum’s curator of anthropology, fetched a ladder, climbed up, opened the box and let loose some choice expletives of surprise and delight. Without another word, he came down and let his fellow curator go up. Inside was a wooden figure festooned with a string of human bones.

“It was an object we might have missed,” Craig says. “It was 10 to five on the last day of my visit and we had to be out of there by five.”

The item was a rare and fascinating treasure and it had been, it turned out, sent back to Australia by troops serving in German New Guinea in 1916, packed up and pretty much forgotten – along with about 600 other items.