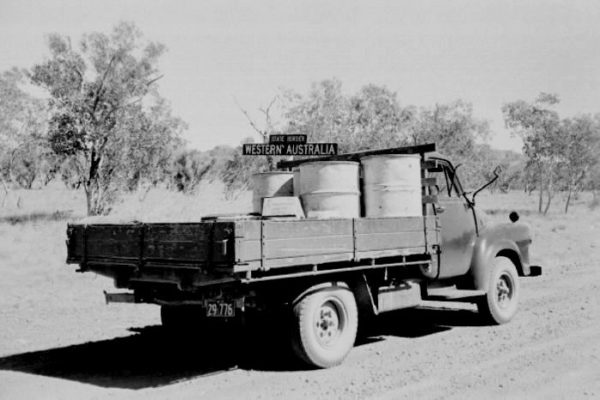 The truck made about 15 trips during the Wave Hill walk-off years. Source: Brian Manning collection.

A piece of Indigenous land rights history is set to leave to the Northern Territory after local heritage authorities gave permission for a rusting Bedford truck to be sent to the National Museum of Australia (NMA) in Canberra.

Led by Vincent Lingiari, hundreds of Gurindji people went on strike on the vast Vesteys cattle station at Wave Hill in the NT between 1966 and 1975.

The J series Bedford truck was used by unionists, including its owner Brian Manning, during those years to deliver letters and food to the strikers.

Darwin resident Kerry Gibbs was just a teenager when he went on a “big adventure” with Manning, Dexter Daniels and Robert Tudawali on the first Bedford truck run to Wave Hill in 1966.

What Mr Gibbs saw when they arrived at the cattle station still shocked him today.

“The conditions were a tin humpy, no electricity, no water, no toilet, and a 44-gallon tank out the front for water,” he said.

It soon became apparent that the strike was about much more than workers’ conditions, with it eventually culminating in the hand back of land to the Gurindji people by prime minister Gough Whitlam in 1975.