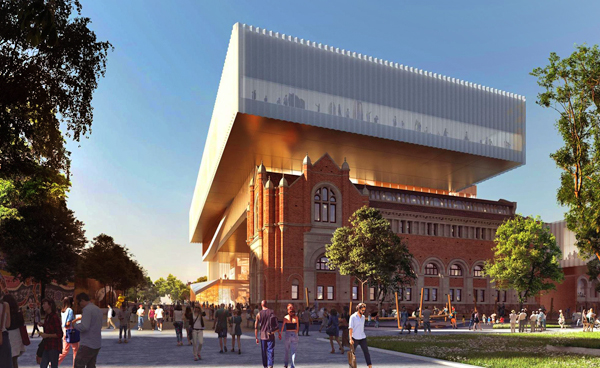 Construction has started on Perth’s $400 million museum, with Premier Mark McGowan turning the first sod on the Northbridge site yesterday.

The glass lobby of the old museum was demolished, something Mr McGowan said was unfortunate.

“As part of the new museum, the glass area adjoining the two buildings will be removed — that’s necessary to create an entry point into the new buildings,” Mr McGowan said.

“It’s sort of an unfortunate consequence because I liked that area there, but unfortunately it has to go.”

The new museum, to be completed by 2020, will have 8000sqm of space for new and existing exhibitions, including the blue whale skeleton, and is expected to attract 800,000 visitors in its first year.

As Opposition Leader in 2012, Mr McGowan described the project as a “misguided priority” and said he would defer the construction.

Yesterday, he said his comments were “some time ago” and the project would already be deferred until end of construction in 2020.

“It’s a good project. It creates jobs, it’s something that will be there for the long-term future of the State,” he said.

“I look forward to making sure it happens.

“Major cities around the world have decent museums. WA hasn’t had one now for quite a while and I think we need it.”

“This has got huge potential to drive tourism to our State and become an attraction in its own right.”