You are here: Home » Articles filed under: 'News' » Article: 'We should reward scientists communicating'

We should reward scientists communicating 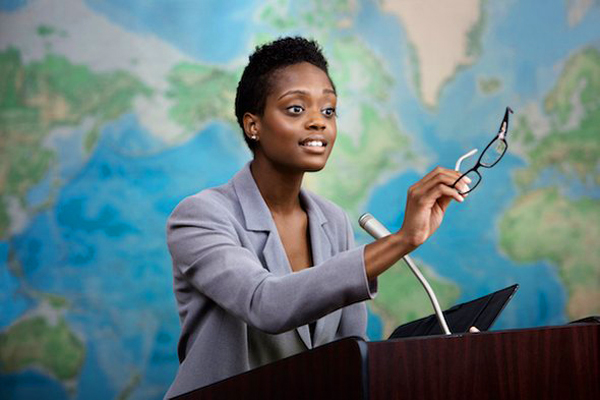 Esther Ngumbi, We Should Reward Scientists for Communicating to the Public, 3 July 2018

Universities need to rethink how they evaluate academics for promotion.

Scientific discoveries that can improve people’s lives and change the world should be communicated widely with the public, but too often that valuable knowledge is locked in academic papers and conferences. This must change.

Even though science communication is a popular subject in universities, academic circles and professional societies, scientists are rarely rewarded for doing it. Instead, to promote assistant professors to tenured associate and full professors, many universities only consider and value peer-reviewed articles, actual grants funded, and presentations made at scientific conferences. Because that is what universities value, individual scientists must decide whether to fit science communication into their already busy and demanding schedules.

For those PhD students and early career scientists who decide to value and participate in science communication while making it an important part of their scholarly contributions, there can be several perks. First, routinely communicating science to the public allows the researchers to become visible both to their peers and to the public. This visibility can help to draw funders’ attention, be a pathway to influence policy and, in some cases, it may boost the number of times a piece of research is cited in scientific literature. Further, engaging in science communication can also open doors to new networks that can further lead to collaborations and interdisciplinary research. Above, all, writing publicly helps build personal confidence while improving communication and writing skills—qualities that are useful and needed throughout researchers’ careers.

The number of peer-reviewed articles that early career scientists publish in top rated scientific journals and the successful grants they write currently is an important metric for evaluating scientists’ productivity. It’s not surprising that a 2015 faculty survey found that academics are increasingly tailoring their scholarly production and publication decisions to fit institutional evaluation criteria.

This should be part of the portfolio that is used to determine if assistant professors are promoted to tenured professors. Doing so will go a long way in ensuring that scientists not only contribute to the advancement of knowledge, but also, they help disseminate that knowledge to the society-which is the ultimate goal of applied research.

PhD students, postdoctoral fellows, early career and seasoned scientists that passionately and consistently engage in science communication should be rewarded. Many professional organizations have yearly awards for scientists for excelling in their respective disciplines. Rarely are there specific awards for excelling in doing both research and publicly sharing the research to the public. This should happen.

Many professional societies have science communication workshops embedded in annual meetings; this should continue. These workshops can be bolstered by having annual prizes that reward scientists who combine and excel both in research and communicating their research after publications. Doing so will serve to encourage young scientists.

Above all, it is important to reward a diverse group of science communicators, including female researchers and researchers from minorities and underrepresented groups. It is the vocal voices that influence policy and help shape the science funding, and therefore we must ensure that everyone has a chance to be vocal.

Time devoted to science communication is a valuable investment that should be recognized and rewarded. In the end, it matters how much our science helped solve our everyday challenges; thus, it is important for scientists to never have to sacrifice communicating their science to the public because it takes away from their rigorous everyday academia expectations. We must commit to supporting and encouraging many more scientists to actively participate in science communication.

The views expressed are those of the author(s) and are not necessarily those of Scientific American.