You are here: Home » Articles filed under: 'News' » Article: 'Were the arts talked up or down in budget?'

Were the arts talked up or down in budget?

May 14th, 2021 | Browse other: News. | Tagged with: Federal Budget, the narrative on the Creative Industries and what it might signal for future policy and funding, Will the arts be talked up or down in the budget? | 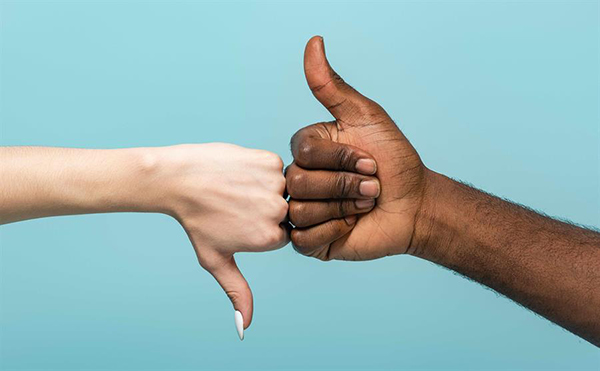 How will the politicians talk about the arts in this year’s Budget? Image: Shutterstock.

Esther Anatolitis, Will the arts be talked up or down in the budget?, ArtsHub, 10 May 2021

Ahead of the COVID-19 recovery budget, Esther Anatolitis looks at the narrative on the Creative Industries and what it might signal for future policy and funding.

Tomorrow night is Federal Budget night – which means that, right now, journalists across Australia are rehearsing their takes and preparing their angles on the Australian Government’s plans and projections.

With thanks to the past year’s unprecedented advocacy collaborations, the Prime Minister and Treasurer have been asked about COVID-19’s arts impacts on all major political and current affairs programs, on breakfast TV and talkback radio, and even at media conferences and doorstops that have nothing to do with the arts.

It’s been difficult for any sector to achieve cut-through during the pandemic, but this strong media focus has had an impact. After considerable delay, we’ve seen valuable policy shifts and funding, with announcements for individual RISE grants scattered state-by-state to maximise their political impact.  We’ve seen that those announcements matter as much to the communities who benefit as they do to local politicians.

And yet, each time we’ve seen a politician announce much-needed investment in arts and culture, we’ve also seen something curious.

When Scott Morrison first announced the $250m support package that would become the RISE fund half a year later, he talked up ‘supporting the tradies‘ rather than artists, at a media event that resulted in an onslaught of criticism of Guy Sebastian, one of many artists who’ve taken the time to meet with the Prime Minister and explain the valuable role government could play.

‘This Christmas, I’ll be asking for a hard hat and high-vis,’ wrote Wesley Enoch in response. ‘It’s not that I need them for the work I do… It’s more that this guise may be the only way artists will get recognised in the wake of the COVID-19 pandemic.’

When Paul Fletcher recently announced a top-up to that fund, he also presented a speech to a Sydney Institute that has been criticised as being ‘clubbish’ for criticising inner-city elites.

Speaking at the Business Council of Australia’s annual dinner party, held at an elegant Sydney venue, Scott Morrison also attacked the ‘dinner parties and wine bars of our inner cities’ as places that don’t understand innovation or everyday cultural life.

SO WHY DO POLITICIANS TALK ARTS AND CULTURE DOWN?

Last year, as part of the NAVA Advocacy Program, Liberal Party strategists Crosby Textor’s Mark Textor told us not only that their polling shows that mentioning the arts tends to lose them votes, but also, that in the past they’ve actively campaigned against arts issues.

Despite academic research showing that arts and culture are the everyday experiences of 98% of Australians, political research targeting the twenty-five key ‘emotional factors’ that Textor identifies – ‘self‑esteem, a sense of national pride… a sense of excitement, a sense of personal fulfilment’ – tend not to reinforce that value.

A New Approach, by comparison, conducted a smaller investigation into arts and culture perceptions and identified a strong passion, finding that ‘middle Australians’ are ‘loathe to lose the opportunities that arts and culture create for them, for their families, and for society more broadly.’

‘We’re more mass psychologists than we are number counters,’ explains Textor. ‘We’re very accurate. I think at the last election our numbers were plus or minus 0.1 off or something like that, and generally not very far off. We tend to use much more advanced techniques than what the polls you see in the public are.’

It’s the outcomes of that kind of research that’s behind the buzzwords Textor creates for prime ministers, such as Tony Abbott’s ‘stop the boats, end the waste.’

So with those buzzwords hard at work ‘winning the war for the tradie vote’ for the Prime Minister (was “barre” one of them?!), let’s look more closely at Minister Fletcher’s Sydney Institute speech.

The same speech that has been criticised as being ‘clubbish’ was in fact a welcome outline of the urban, suburban and regional disparities in our access to arts and cultural experiences and careers.

Minister Fletcher detailed his values and his party’s values when it comes to supporting arts and culture. He talked up ‘the inherent value of creative and cultural endeavour’ and talked down that ‘elite group of people wearing black tie going to opening nights in our big cities’. He talked down the ‘cosy club of arts companies which receive effectively guaranteed funding each year through the Australia Council’ and talked up ‘the determined work the Australia Council themselves have been doing to make the club a bit less cosy’ following the end of the Major Performing Arts Framework.

And while he also talked down ‘advocating for the interests of workers in the arts and entertainment sector’, those performing arts groups remain hard at work building their advocacy capacity with expert advice. At the same time, LPA and APRA AMCOS have worked together to help secure additional funding for the sector, and IGEA have secured a valuable Australian-first refundable tax offset for videogame development. Advocates across all artforms have made the case clearly and strongly, and journalists are better and better equipped to ask the tough questions.

In the face of relentless criticism of the unnecessary half-billion-dollar renovation of the War Memorial, on Saturday Minister Fletcher announced that $79.9m in total across all of the National Collecting Institutions would be committed in Tuesday’s budget.

‘But I think we can do more,’ Fletcher said towards the end of the speech. ‘There are powerful artistic, cultural and economic reasons to further build the market for Indigenous art. Of course, this must include a strong focus on artists receiving a fair return for their work.’

Beyond words, what can we expect to see in tomorrow’s Federal Budget, and what action can we expect on a national policy, strategy or plan?

No reporting date has yet been released for the Parliamentary Inquiry into Australia’s Creative and Cultural Industries and Institutions, whose most recent hearings were on 19 February. There is still no timeline for responding to the valuable submissions of artists and industry leaders.

The Meeting of Cultural Ministers – the successor to the Cultural Ministers Council that brought all state and territory ministers together with the federal minister twice a year since 1984 – was disbanded late last year. There is now no national forum for cooperation on arts and culture at ministerial level.

In the absence of a national cultural policy or arts and cultural plan, there’s now almost as much money in RISE Fund as the Australia Council has in its entire annual grants budget. Pandemic relief funds that were urgently needed in 2020 are still being granted in 2021, without the benefit of a strategic approach to long-term, sustained artist, industry and audience development.

And yet all Australians rely on the artists and arts organisations to create our future.

Will the Federal Budget present that long-term outlook? Will the Australian Government talk the arts up, or down?

Whether it’s the Prime Minister deliberately mispronouncing “barre”, donning the high vis, or decrying elites to elites, in Tuesday’s Budget and the media response let’s look out for the shot – and the chaser.