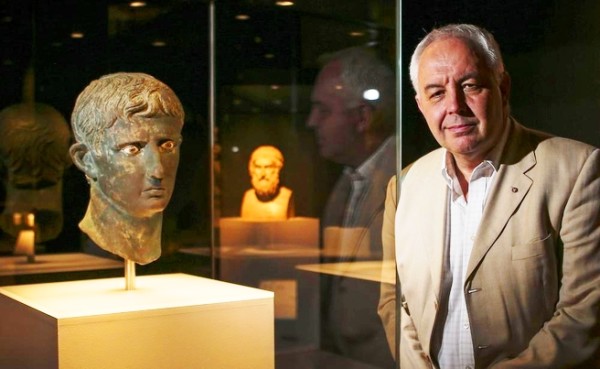 WA Museum director Alec Coles with a bronze head of Augustus (Meroe, Sudan 25-27 BCE) in the exhibition A History of the World in 100 Objects. Picture: Michael Wilson, The West Australian.

The State Government has pushed back selection of the consortium to design and build the new museum but says that will not delay the $428 million project.

Treasurer Mike Nahan said the preferred managing contractor would come from three short-listed candidates next month, a contract would be signed by mid-year and the museum remained on target to open in 2020.

The Government revealed the three finalists — consortia led by builders John Holland, Doric Group-Tecnicas Reunidas and Brookfield Multiplex — last June and said then it expected the managing contractor to be selected by the end of last year.

Though the contract would not be signed before the May Budget, Dr Nahan said the Government remained committed to spending $428.3 million on the project.

Dr Nahan said the timing of the request for a proposal — which included a seven-week interactive tender process — had resulted in an updated timeline for the contract to be awarded mid-year.

“ The new museum is a major project for the State Government and significant funding has been committed in the State Budget forward estimates,” he said.