September 4th, 2019 | Browse other: News. | Tagged with: the art of tattoo, The story of Haimona Te Utupoto and ta moko, tohunga ta moko | 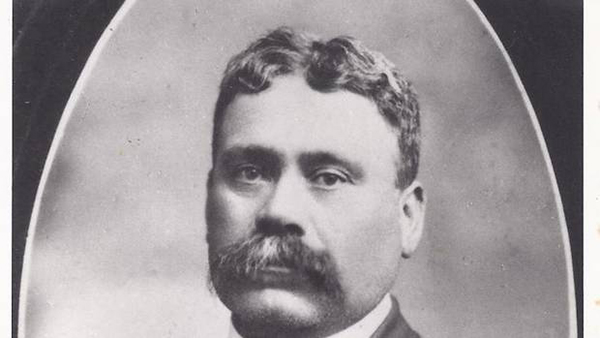 Nestled on the banks of the Whanganui River, at a settlement called Tawhitinui, a baby was born.

A baby who, as an adult, would become the patriarch of the Teki family.

Haimona became a tohunga ta moko who specialised in the art of tattoo, specifically the moko kauae (or Māreikura), the lip and chin tattoo for women. Haimona married Hariata Te Kahuwaero and they had 11 children.

He would travel the North Island with his packhorse and cart in which he would carry his tent, his ruru (pet owl) and his tattooing tools, which are currently on display in the Lindauer Gallery at the Whanganui Regional Museum.

They are the only surviving full set of ta moko tools left in the world.

They were entrusted to the care of the Museum on 14 of November 1933 and the whanau retains the original receipt.

All the tools were handmade and they include his uhi puru (serrated chisels), uhi whakatātaramoa (plain edge chisel), kuru (mallet), cloth for wiping away blood and ink, wire for marking the pattern and anga kūtai (mussel shell) container. 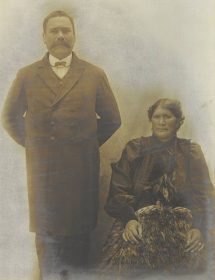 The ink pigment was made from pungarehu, burnt timbers or burnt kauri gum, mixed with fat from a whale or shark. It was kept in ornately decorated containers called ipu that were often buried when not in use, probably to stop them drying out.

The Māori guardian of earthquakes and volcanoes is called Rūaumoko.

Moko was quite different to other tattooing methods in that the skin was carved with chisels and not punctured, leaving grooves rather than a smooth surface. 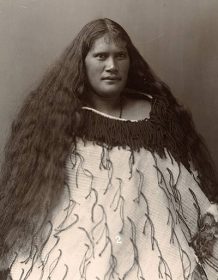 Wikitoria was so pleased with her kauae that she gifted the Utupoto whanau home to Haimona as payment.

This was an old villa on Takarangi St in Pūtiki, the home in which my grandmother, Maudie Reweti, was raised. It was demolished in the 1960s.

A carved bust of Wikitoria wearing her moko kauae survives and is in Te Papa Tongarewa.

Maudie Reweti was four or five years old when her grandfather Haimona passed away in 1922. She carried fond memories of him all her life.

As an eight-month-old baby, she contracted pneumonia.

Fearing for her life, Haimona took her to see his friend Tahupōtiki Wiremu Rātana who healed her. Haimona then took her to the Broughton homestead in South Taranaki, where the name of Ruaka was gifted to Maudie by the kuia (women elders) who lived there.

The significance of the name is that Ruaka is the ancestress of the Whanganui River. Adding Ruaka to Maudie’s name gave her strength.

As a young child, Maudie remembered watching her grandfather tattoo women. The child’s job was to wash the blood from the woven whāriki (the mat they lay on) in the river.

Many of the descendants of Haimona and Hariata, like my father, carry the name Simon, or Haimona, that came down through the whanau line from Jack Fitzsimons, the father of Haimona Te Utupoto.