You are here: Home » Articles filed under: 'News' » Article: 'What are modern museums for?'

What are modern museums for? 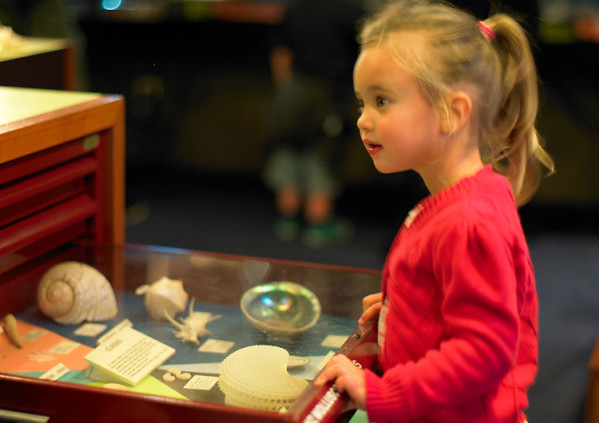 William Cook, What are modern museums really for?, The Spectator, 30 May 2015

On 1 July, at a swanky party at Tate Modern, one of Britain’s museums will bank a cheque for £100,000, as the Art Fund announces this year’s Museum of the Year. Sure, the money will come in handy. Sure, the publicity will be useful. But this posh bunfight can’t disguise a growing sense that museums face an existential crisis. Cuts are one problem — some say the present round will take museums ‘back to the 1960s’. But they also face a more profound dilemma. In the age of Wikipedia and Google Images, what are modern museums actually for?

When I was a child museums were my adventure playgrounds, but was my enthusiasm merely relative? After all, in the 1970s there really was very little else to do. Shops were shut on Sundays. Television was awfully finite. Never mind the internet — even home video was science fiction. If you wanted to mug up on anything, there were two options: get a book out of the library or go to a museum.

Half a lifetime later I still love museums, but my children don’t feel the same way. I used to drag them along when they were younger, but now they’re nearly as big as me it’s almost impossible to persuade them. It’s hard to recreate that sense of wonder I used to feel, now all the treasures I used to marvel at are only a computer click away. For them, my passion for museums has become a running joke, a quaint example of how old and out-of-touch I am. They’re interested in the world around them, but they’d far rather watch a DVD or look it up online than trek to a museum.

Museums used to be monuments to the wealth and power of nations. The British Museum was a demonstration of imperial muscle. But now nationalism is taboo and hoarding foreign artefacts is frowned upon. And the people building big museums — and big collections — these days are the Qataris. In cost-cutting Britain, conversely, museums have become a soft target. Culling curators is a lot more politically expedient than sacking nurses.

Told to be inclusive, not elitist, in order to justify their funding, modern museums have sometimes swung too far the other way. ‘An ace caff with quite a nice museum attached’, ran the slogan of the V&A’s ad campaign in the 1980s. This self-deprecating sales pitch attracted widespread ridicule at the time, but it was prophetic. Some weekends, Tate Modern resembles nothing so much as an enormous crèche. The bookshop and restaurant are both heaving, but if you sneaked in and stole all the exhibits, would anybody notice? It’s become a buzzy meeting place, but it often feels as if the artworks are incidental to its success.

One thing museums need to do to survive and thrive is challenge the preconceptions of their audience. The Tower of London, one of the six nominees for the Art Fund’s prize, is a perfect case in point. I’m sure I wasn’t alone in dismissing it as a tourist trap for foreign sightseers, but that was before ‘Blood Swept Lands and Seas of Red’, Paul Cummins’s memorial to the fallen soldiers of the first world war. By flooding the moat with 888,246 ceramic poppies — one for each British and Commonwealth serviceman who died — Cummins remade the Tower’s reputation. Millions of people came to see it. They didn’t even need to pay. For a week or so, apparently, it was the most Googled image in the world.