You are here: Home » Articles filed under: 'News' » Article: 'What we need is a more powerful house'

What we need is a more powerful house 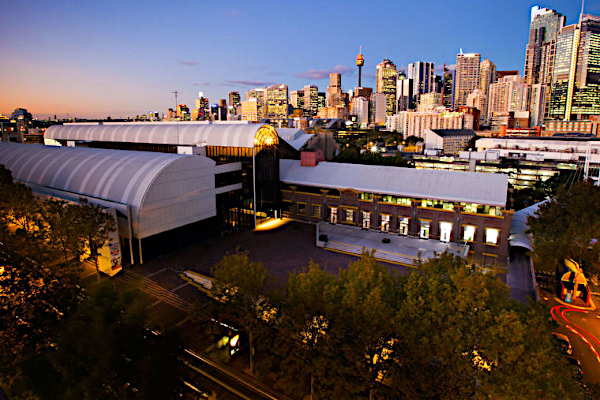 Mike Brown, What we need is a more powerful house, The Fifth Estate, 16 June 2020

The idea of a new cultural facility for Parramatta is good. Stocking that facility with the Powerhouse collection just looks dumb.

News of the post-pandemic economic fallout is steadily replacing the news of the pandemic itself.  Here are a few snippets.

The National Library announced it will largely cease collecting Asian publications. The story was greeted with dismay. At a time of our increasing regional relevance, why would our national institution of record no longer collect material vital to a better understanding of the region?

The pandemic has abruptly dried up the valuable overseas student market that provides most university research funding. In consequence, the tertiary education sector is facing its first major shakeup in 30 years. Less prestigious yet very worthy universities fear collapse or significant shrinkage.

The NSW Greater Sydney Commission has moved to develop post-pandemic urban policy recommendations for government that focus particularly on the growth of long-term sustainable high-value jobs centred on its “three cities” urban structure. It regards the pandemic disruption will encourage better-integrated policy and projects.

At a more local level, the NSW premier’s post-pandemic policy position (alliteration is unavoidable) to shelve the stadium refurbishment passed with little comment.

However her commitment to recommence the pre-pandemic Powerhouse relocation project – MAAS, Museum of Applied Arts and Science – was meet with public outcry.

In response, many hoped that more contentious pre-pandemic project announcements might be reconsidered during the stimulus phase, particularly the Powerhouse relocation and the Allianz stadium refurbishment at around $1 billion each.

The original and now revived project was not reviled because Parramatta didn’t need more cultural infrastructure – it certainly does – but because the Powerhouse made sense and was loved in its current location.

Attracting favourable public sentiment wasn’t helped when project incongruities were left unexplained. The cost and risk of exhibit relocation was reportedly exorbitant, as was the risk of damage to valuable ungainly yet fragile exhibits. Was the whole enterprise just about flogging government assets?  Where is the detailed business case? Is the Powerhouse relocation the only realistic post-pandemic option here?

Well, it’s all a matter of perspective; of vision, ambition and legacy.

For the sake of comparison, here’s the relocation decision rendered in overly cynical terms.

State-assisted property development is something this state is both good and bad at, frequently at the same time.

For government, the problem with the Powerhouse is how to release the capital embodied in valuable Darling Harbour land, which is inconveniently occupied by a cultural institution that, despite its slow strangulation by progressive underfunding, is irritatingly still valued by the public.

The neat and faintly plausible solution is to decant it to another location, currently wanting some form of cultural gilding. But how can this be rendered plausible?

Well, generate a fan-dance of misdirection. For the trifling cost of an international architectural competition and associated razzmatazz, conceal the tawdry anatomy of the enterprise by the promise of Parramatta’s immaculate rebirth as the “central city”.

Never mind that the cost of relocation is purportedly eye-watering, likely to consume the entire value recovered from land sales.

It’s a re-run of the Monty Python “dead parrot” sketch; distract attention from the bird’s deadness by pointing to its beautiful plumage.

Never mind that the cost of relocation is purportedly eye-watering, likely to consume the entire value recovered from land sales. Nor should we be troubled at the zero-sum-gain for cultural institutions across Sydney.

More important is a development pipeline for the governing party’s natural constituency. Pesky residual grumblings can either be ignored or silenced with soporific Treasury data on “jobs-n-growth”.

The primary vision here seems to be asset recycling, “unlock land for more commercial development”; the ambition is to limit taxpayer costs to about $1 billion; and the legacy is more inner-city apartments but a cultural zero-sum-gain for greater Sydney.

This account is frankly glib but cannot be entirely discounted because, in the absence of an open business case and the thwarting of further examination, it seems to contain some truth.

A second more ambitious option was rehearsed previously in The Fifth Estate.

Extensive collections of indigenous and Pacific islander artefacts are warehoused – not displayed – in Sydney, yet strangely one of the best places to view similar world-class material is the purpose-built Quai Branly museum in Paris.

This option proposed that the Parramatta building be redesigned to provide a unique, regionally significant ethnographic museum and save the money needed to relocate the Powerhouse collection – by some accounts hundreds of million of dollars. Further value recovery might be obtained by redeveloping underused parts of the current Powerhouse site.

The primary vision for this option would be “more commercial and cultural development”; the ambition, limit taxpayer costs to about $1 billion and kit-out the “central city” with unique cultural facilities that will also drive international tourism; and the legacy, more apartments and an additional world-class cultural facility in greater Sydney.

The centre of excellence option

A core principle of the Greater Sydney Commission’s “three cities” model is that the unique strengths of each centre would attract and grow complementary activities.  Thus, the “aerotropolis” would become more than just Sydney’s second airport but develop into a specialist logistics, meetings and trade centre.

This principle is already evident in Pyrmont. The existing Powerhouse museum, University of Technology Sydney, Sydney TAFE, and the ABC make Pyrmont an economically significant Information, Communications and Technology (ICT) cluster, which incidentally would be diminished if the Powerhouse were relocated.

For the “central city” – Greater Parramatta and Olympic Park (GPOP) – the Commission envisages knowledge clusters will develop around the University of Western Sydney (UWS) and Westmead Hospital.

Thus, the development of a centre of Pacific studies excellence at UWS could complement a museum that displayed our significant ethnographic collections, rather than the Powerhouse collection.

There are hints of sound national reasons to establish such a centre. Not least are emerging expectations for Australia to take an increasing and independent leadership role in the region that it has hitherto largely neglected. For that to occur broad and greater appreciation of its various cultures would be crucial.

Yet, UWS is likely to be shaken by the tertiary education rethink currently underway. How might the state government assist?

Could a part of the current Powerhouse budget be redirected to establish such a centre? Recurrent funding for five years wouldn’t cost much compared to the cost of relocating the entire Powerhouse collection, particularly if co-funded by the national government?

In this option, the primary vision is “more commercial and cultural development and elevation of Sydney’s regional significance”; the ambition is to limit taxpayer costs to about $1 billion; and as well as more inner-city apartments the legacy would be an additional world-class cultural facility for greater Sydney and a deeper contribution to Australia’s growing regional role.

There is considerable conceptual distance between a reaffirmed decision to move the Powerhouse to Parramatta and the construction of facilities that contribute to Parramatta’s appeal and Australia’s role as a regional leader.

Yet viewed against these larger backdrops the current relocation decision looks more like a sleazy real estate deal than a genuine attempt to build a stronger outward-looking Sydney.

Though the pandemic may have accelerated history globally – rather than reshaped it – public expectations for better post-pandemic government in Australia have actually increased.

The idea of a new cultural facility for Parramatta is good. Stocking that facility with the Powerhouse collection just looks dumb. The costs lost in moving the collection only to deliver a cultural zero-sum-gain across greater Sydney, along with the diminution of the Pyrmont economic cluster, are both wasteful.

Henceforth, project delivery motivations must be elevated from “what we can plausibly get away with” to “what is the most that we can achieve for Sydney”.

Mike Brown has worked in NSW local and state government in planning, urban design, and strategic roles for 15 years. He is also a graduate of the Masters of Urban Policy and Strategy program at the University of NSW.