You are here: Home » Articles filed under: 'News' » Article: 'What’s critical – are bookstores “(any)'

What’s critical – are bookstores “(any) 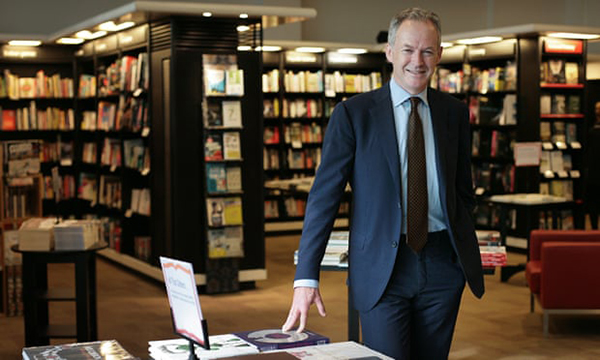 James Daunt: ‘We’re keeping them open because we can see that we are an important social resource.’ Photograph: Martin Godwin/The Guardian.

Waterstones has said it will close its 280 UK branches from Monday, hours after its chief executive said the bookstore chain was “no different to a supermarket or a pharmacy” and would stay open during the coronavirus shutdown.

James Daunt said the decision had been taken after some staff complained that they felt at risk in the stores and had not been given any protective equipment such as hand sanitiser or gloves.

Several high-street chains are facing a backlash for refusing to close despite the government warning against all but essential social contact and travel. Branches of WH Smith and Next were among those still open on Sunday.

Daunt, who said last week that the virus had led to unprecedented demand for books and a 17% uplift in sales, announced the decision to close in an internal email to staff at 4pm, four hours after telling the Guardian that stores would remain open unless ordered by the government to do otherwise.

The British businessman, who is self-isolating after recently returning from the US, said Waterstones was “providing a real social benefit” and was not “slave-driving our booksellers into working against their will”.

Hours later, Daunt told staff he was closing the stores “with great regret” and “having heard from many booksellers that they feel obliged to continue to work as long as the shops are open”. He said shop-floor staff had responded heroically in exceptionally difficult times.

He said the majority of staff would be placed on furlough – a temporary leave of absence – and suggested the government would pay 80% of their wages. He wrote: “We do this with the support of the government when the alternative is to enact a wide redundancy. No business can continue to pay its employees when its source of revenue disappears and we are very grateful that this is not necessary.”

Six Waterstones employees had earlier told the Guardian that they felt the company was putting their health at risk. Smaller shops were advised to restrict customer numbers to five at a time on Sunday, and larger shops were told to mark social-distancing lines of two metres at the tills.

A Waterstones internal memo seen by the Guardian said the company was trying to source hand sanitiser but that in the meantime staff should wash their hands every 30 minutes, stay two metres away from each other and customers and never hand a book directly to a customer.

Staff described the safety measures as pathetic and said they felt aggrieved that senior head office staff, including Daunt, were working from home while booksellers, often those earning the least, were required to go into stores. 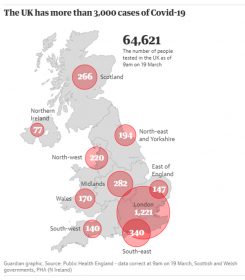 One shop-floor worker who is paid the minimum wage said: “We have zero protective measures. We have a small bottle of sanitiser for five people… In a bookshop the average customer touches how many books? Ten? Twenty? People browse, flick through, sit down for a read. Come right up to us to ask for recommendations. What about the horrendous finger-licking turning of the page? Even if we wiped down the tills every five minutes, it still wouldn’t be enough because customers keep pouring in.”

Another Waterstones employee, also on the minimum wage, claimed the atmosphere had been awful in the past week. “It’s been hectic. We haven’t been given masks or sanitiser. We bought our own from home and it is running thin.

“We all feel at risk. Most of us have someone in our homes that is at high risk, but on our pay we cannot afford to leave. There have been times where we’ve had to go off the shop floor to have a panic attack.”

Another Waterstones employee, who lives with her seriously ill mother who is in the most at risk category, said she was told by her manager that she either had to take unpaid leave or use her holiday allowance if she wanted to self-isolate. When asked about this, Daunt said it sounded “utterly mad” and was not company policy.

In a statement on Friday, Waterstones said: “The safety of our employees and our customers remains our paramount concern. We are continuously assessing the situation and responding to government and public health body advice to ensure our bookshops continue to be a safe environment.”

The Guardian agreed not to name the employees because they feared they would be sacked if they criticised the company openly.