You are here: Home » Articles filed under: 'News' » Article: 'What’s fuss the about Western Civilisation?'

What’s fuss the about Western Civilisation? 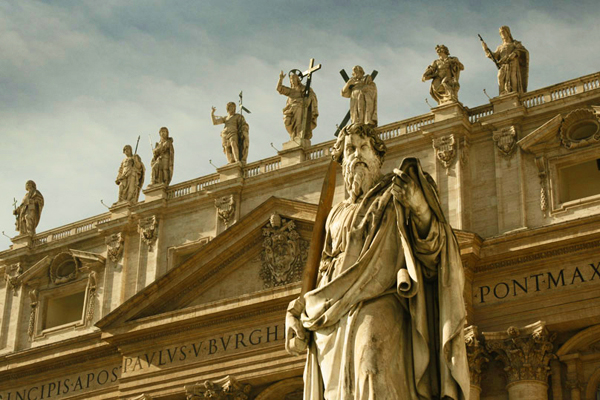 For the last several weeks the topic of Western civilisation has dominated headlines.

Journalists, politicians, academics and even economists on all sides of politics have weighed in on the debate over how Western civilisation should be studied in Australian universities today. Some have labelled Western civilisation “racist” or “supremacist”, implying it is unworthy of study, if not potentially offensive. Others have acknowledged that the history of the West was far from perfect, but argue this does not make its study or exploration invalid.

Yet the fact that the topic has caused such a stir is clear evidence that more than is apparent is bubbling beneath the surface. After all, the study of Western civilisation is merely the examination of where we have come from and what made the West what it is today. How can something so seemingly innocuous (though important) be such an object of controversy? Furthermore, how can we even hope to adequately critique the West without having first studied it?

Clearly, something is rotten in the state of Denmark.

The strong opposition to studying our own history and the great thinkers who helped form it indicates an antagonism towards Western Civilisation that hardly seems rational. Where does this hostility towards our roots come from?

Sadly, it seems to have spread from some of our own universities, where cultural Marxism has been slowly incubated and allowed to grow, forming the basis of the identity politics we now see influencing virtually every sphere of society. The foundation of Marxist thought lies in the erroneous notion that Western societal structures and civilisation are ultimately the result of a struggle between opposing classes. Marx identified these as the rich, capitalist bourgeoisie and the downtrodden proletariat worker. While Marx was responding to some real oppression and inequality, he reduced a complex problem into one of mere group identity – the have’s versus the have-not’s, the oppressor versus the victim – with no room for anything in between.

Nowadays we see this same reductionist worldview to that of mere victimhood in the form of identity politics, where everyone is segregated according to the group identities of race, class and gender. This mentality is seen in many of our institutions of higher learning, as revealed in the Institute of Public Affairs’ audit of Australian tertiary history courses late last year.

This report found significantly higher occurrences of identity words such as ‘indigenous’, ‘race’, ‘gender’, ‘environment’, ‘identity’ and ‘sexuality’ than of ‘Enlightenment’ or ‘the Reformation’ in our university history programs, as well as more instances of ‘Islam’ than ‘Christianity’. Some have tried to argue that Western civilisation already forms part of many different tertiary studies, particularly in the humanities, but the evidence suggests that the current treatment of the history of the West in our universities is often disingenuous, seen through the lens of identity politics rather than studied in its proper context.

So what is Western civilisation about and why is it so important to study? Apart from the fact that every student benefits from knowing the origins of our civilisation and its institutions, such as democracy, freedom of thought and speech, the rule of law and the modern education system (to name a few), it illuminates that which transcends us beyond the material world: truth, beauty and goodness.

Great thinkers like Aristotle and Aquinas, profoundly insightful writers like Dante, Shakespeare and Dostoyevsky and prolific modern writers such as Dawson, McIntyre and St John Paul II have all contributed to the canon and the formation of what we know as Western Civilisation, as well as artists like Michelangelo and musicians like Palestrina. All were motivated by the pursuit of the true, the good and the beautiful.

Far from being something to be ashamed of, the tenets of Western civilisation and the works of its great thinkers and artists should be cherished, passed on and upheld as things to aspire to and take pride in.

Let me write a quick word in this context about Campion College here in Sydney, Australia’s only Catholic Liberal Arts College. Campion’s curriculum is dedicated to the study of Western Civilisation and its mission is to pass on the West’s vast repository of knowledge, ideas, art, faith and sense of wonderment to the next generation. In doing so Campion aims to act as a corrective to the corrosive influence of identity politics infecting so much of our society today.

We have produced more than 200 graduates who are now bringing their knowledge, their insights and their critical thinking to a wide variety of professions including teaching, law, journalism, medicine, business, politics, missionary work and emergency services. We have produced still more graduates who know where they have come from, who know the ideas, events, faith, poetry, and literature that form Western Civilisation. We at Campion believe that the knowledge and understanding of these things makes all the difference to the graduate, his or her work and our society overall.