You are here: Home » Articles filed under: 'News' » Article: 'What’s in a name? Taxonomy, Hitler’s beetle'

December 17th, 2021 | Browse other: News. | Tagged with: what do about scientific names that honour inappropriate people or are based on culturally offensive words, what do we do when species are named after history’s monsters? | 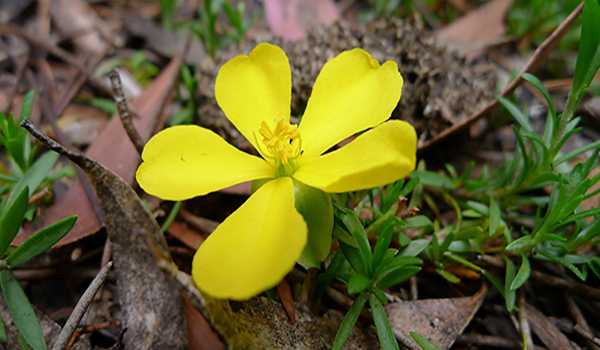 Kevin Thiele, Hibbert’s flowers and Hitler’s beetle – what do we do when species are named after history’s monsters?, The Conversation, 16 December 2021

“What’s in a name?”, asked Juliet of Romeo. “That which we call a rose by any other name would smell as sweet.”

But, as with the Montagues and Capulets, names mean a lot, and can cause a great deal of heartache.

My colleagues and I are taxonomists, which means we name living things. While we’ve never named a rose, we do discover and name new Australian species of plants and animals – and there are a lot of them!

For each new species we discover, we create and publish a Latin scientific name, following a set of international rules and conventions. The name has two parts: the first part is the genus name (such as Eucalyptus), which describes the group of species to which the new species belongs, and the second part is a species name (such as globulus, thereby making the name Eucalyptus globulus) particular to the new species itself. New species are either added to an existing genus, or occasionally, if they’re sufficiently novel, are given their own new genus.

Some scientific names are widely known – arguably none more so than our own, Homo sapiens. And gardeners or nature enthusiasts will be familiar with genus names such as Acacia, Callistemon or Banksia.

This all sounds pretty uncontroversial. But as with Shakespeare’s star-crossed lovers, history and tradition sometimes present problems.

What’s in a name?

Take the genus Hibbertia, the Australian guineaflowers. This is one of the largest genera of plants in Australia, and the one we study.

There are many new and yet-unnamed species of Hibbertia, which means new species names are regularly added to this genus.

Many scientific names are derived from a feature of the species or genus being named, such as Eucalyptus, from the Greek for “well-covered” (a reference to the operculum or bud-cap that covers unopened eucalypt flowers).

Others honour significant people, either living or dead. Hibbertia is named after a wealthy 19th-century English patron of botany, George Hibbert. 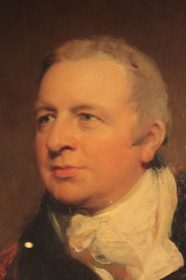 Hibbert was also a prominent member of the British parliament and a staunch opponent of abolition. He and his ilk argued that slavery was economically necessary for England, and even that slaves were better off on the plantations than in their homelands. And here’s where things stop being straightforward, because Hibbert’s wealth came almost entirely from the transatlantic slave trade. He profited from taking slaves from Africa to the New World, selling some and using others on his family’s extensive plantations, then transporting slave-produced sugar and cotton back to England.

Even at the time, his views were considered abhorrent by many critics. But despite this, he was handsomely recompensed for his “losses” when Britain finally abolished slavery in 1807.

So, should Hibbert be honoured with the name of a genus of plants, to which new species are still being added today – effectively meaning he is honoured afresh with each new publication?

We don’t believe so. Just like statues, buildings, and street or suburb names, we think a reckoning is due for scientific species names that honour people who held views or acted in ways that are deeply dishonourable, highly problematic or truly egregious by modern standards.

The same goes for the Great Barrier Reef coral Catalaphyllia jardinei, named after Frank Jardine, a brutal dispossessor of Aboriginal people in North Queensland. And, perhaps most astoundingly, the rare Slovenian cave beetle Anophthalmus hitleri, which was named in 1933 in honour of Adolf Hitler. Just as Western Australia’s King Leopold Range was recently renamed to remove the link to the atrocious Leopold II of Belgium, we would like Hibbertia to bear a more appropriate and less troubling name.

This name is unfortunate for several reasons: despite being a small, somewhat nondescript, blind beetle, in recent years it has been reportedly pushed to the brink of extinction by Nazi memorabilia enthusiasts. Specimens are even being stolen from museum collections for sale into this lucrative market. 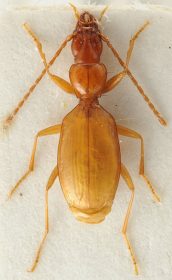 This beetle doesn’t deserve to be named after the most reviled figure of the 20th century. Michael Munich/Wikimedia Commons, CC BY-SA

Unfortunately, the official rules don’t allow us to rename Hibbertia or any other species that has a troubling or inappropriate name.

To solve this, we propose a change to the international rules for naming species. Our proposal, if adopted, would establish an international expert committee to decide what do about scientific names that honour inappropriate people or are based on culturally offensive words.

An example of the latter is the many names of plants based on the Latin caffra, the origin of which is a word so offensive to Black Africans that its use is banned in South Africa.

Some may argue the scholarly naming of species should remain aloof from social change, and that Hibbert’s views on slavery are irrelevant to the classification of Australian flowers. We counter that, just like toppling statues in Bristol Harbour or removing Cecil Rhodes’ name from public buildings, renaming things is important and necessary if we are to right history’s wrongs.

We believe that science, including taxonomy, must be socially responsible and responsive. Science is embedded in culture rather than housed in ivory towers, and scientists should work for the common good rather than blindly follow tradition. Deeply problematic names pervade science just as they pervade our streets, cities and landscapes.

Hibbertia may be just a name, but we believe a different name for this lovely genus of Australian flowers would smell much sweeter.

This article was co-authored by Tim Hammer, a postdoctoral research fellow at the State Herbarium of South Australia.