You are here: Home » Articles filed under: 'News' » Article: 'When did an art exhibition just'

When did an art exhibition just 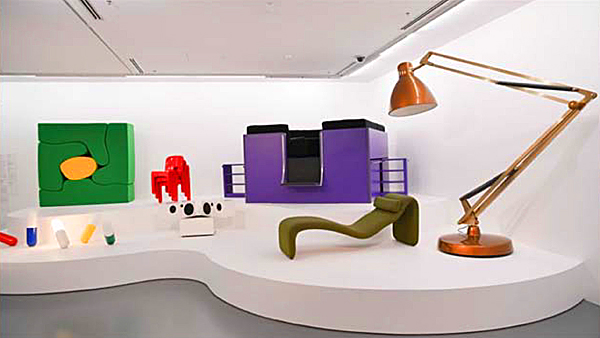 The MoMA exhibition at the NGV. Photo: Eddie Jim.

Michael Scammell, When did an art exhibition just become an opportunity for selfies?, The Age, 12 July 2018

Modern art is rock ‘n’ roll right? Which is why there’s a Stratocaster electric guitar on display at the brilliant MoMA at NGV exhibition currently under way.

And with blockbuster exhibitions such as this modernist “best of” from New York’s Museum of Modern Art increasingly being promoted this way and attracting huge visitor numbers (last year’s Van Gogh exhibition also resulted in endless queues and record numbers) maybe it isn’t so surprising when some people act like they’re at a rock concert when they attend.

This was certainly the feeling watching the on-trend hordes that couldn’t stop posing in front of that Van Gogh we were trying to look at. The ones who wouldn’t move until the full group of friends had had their individual turn posing.

Or the walking fashion statements that should have really been photographing themselves instead, asking people to get clear of the glowing red Rothko so they could take a picture without encumbering it with humans. Watching them – and others – doing this being one of the more curious moments given they could all go to the gift shop afterwards and purchase the same image as a postcard for around $3.

Then there was the guy mysteriously spending minutes using the video app on his phone to film the Edward Hopper as if he suddenly expected it to come to life even though the whole point of Hopper and its capturing of middle America beauty is its straitjacketed stillness.

Then there were the overly tactile parents who insist in bringing their genius child within millimeters of the Salvador Dali – so close the little fingers could seemingly touch and I suspect occasionally did – and explaining to them in baby talk that they might paint like that too when they grow up and aren’t the bendy watches just like Alice in Wonderland.

No doubt there is an argument for all this creative touchy-feely in terms of making the art more “accessible” (maybe even toss in the word “relevant”). Some may even argue that this is about removing some of the artistic mystique. Though you have to wonder when it comes to art – just like rock and roll blockbusters – once you remove the mystique what are you actually left with?

Maybe this is what they mean when they talk about breaking through the fourth wall where there is no longer a separation between the art and the viewer but now the viewer and the art are as one even though one is clearly very talented and the other has a smartphone.

Which is way too deep when trying to justify taking a selfie or protecting really expensive art.

Still there are interesting things to learn from this rampant narcissistic happening. The Roy Lichtenstein’s Drowning Girl proves particularly popular for groovy sidle-ups wanting to be selfied with its pop culture sensibility and ironic feminist take; ‘I’d rather sink than call Brad for help!’

Though given the post-humour, post-empathy feral take-no-prisoners age we now live in you wonder what we should make of a piece of art that displays both of these desperately-needed qualities.

Perhaps most relevant and given the vibe of the thing is the Andy Warhol Marilyn series of screen prints that attracted a production line of selfie-takers determined not to budge until they got the lighting right and the face muscles in position. The celebrity obsessed Andy Warhol once said that we all have our 15 minutes of fame and that is how it felt waiting for these people to move.

Warhol, who made great use of repetition in his work, would have been thrilled to see this narcissistic selfie-taking industrial arts complex in action and you can check it out too at #NGVMoma.