You are here: Home » Articles filed under: 'News' » Article: '“When flood comes to the Museum of Fire”'

“When flood comes to the Museum of Fire” 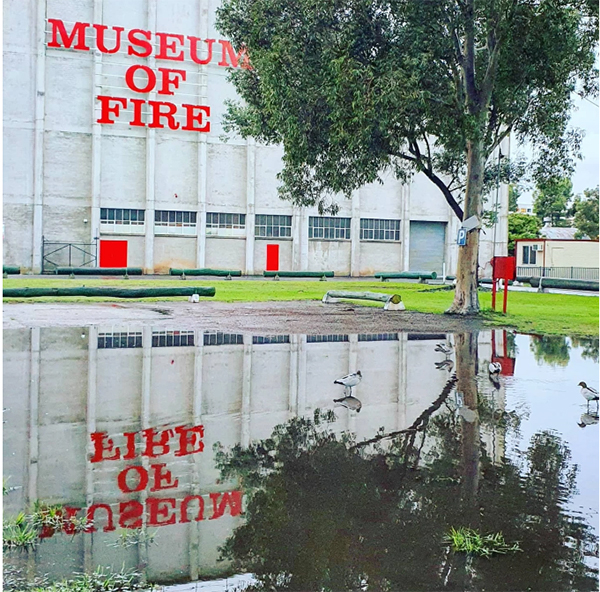 Those of you that are avid readers of our blog will have realised by now that this week’s piece is coming to you much later than normal, but we have a very good reason why.

As everyone no doubt knows, Penrith; where the Museum is located, faced a flood warning, the likes of which had not been seen in over fifty years. The last time Penrith saw the waters rise like this was in November 1961 when half of the area’s average annual rainfall fell in just two days.

Despite the rising tide, our weekend team turned up to work as normal on Sunday only to find their path was blocked. Water had closed Castlereagh Road under the new railway bridge and our team had to make their way around to the Museum’s back gate.

The team made a valiant effort and opened the Museum to the public but as the day continued and more evacuation orders were issued the Museum found itself included in a flood warning. It was at this point, around 1:30pm, that we made the call to close the Museum for the day and the team got busy preparing the Museum for any eventuality.

While our team never expected to receive a flood warning the Museum’s heritage collection (those items not on display at least) are located high up in the building so there was no cause for concern. The potential damage to the Museum’s shop stock, digital assets and administration files presented a real threat, so everything had to be moved to higher ground.

Most of the Museum’s displays are high enough off the ground that our curatorial team were not worried about loss however our large heritage vehicle collection was well and truly grounded. So, what do you do with over 60 heritage vehicles, all that are located on the ground?

We could not lift them (obviously) and any attempt to move them, even just the really special ones, would have been an act of sheer folly. The Museum was the safest place for these vehicles to be. If the Museum flooded the vehicles would get wet but for the most part, it would be only the tyres and possibly some of the framework close the ground. If we attempted to remove the vehicles, they would have been exposed to greater danger. Not only do these vehicles require specialist drivers but many of them have open cabs so the possibility of damage was increased. 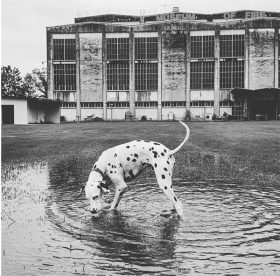 In the end all we could do was wait and hope. Many of those further afield who did not have local knowledge were only hearing what was on the news and so many panicked phone calls and emails were received. At the end of the day our team agreed that it is better to be safe than sorry.

The building that houses the Museum is heritage listed and unfortunately due to its age, we have many areas that are vulnerable to flooding, especially during an intense storm. Knowing where to prepare proved valuable as the Museum’s team were able to concentrate their efforts on known flooding locations and by doing so prevented extra damage from occurring overnight.

When morning dawned on Monday the rain was not slowing and the road was still closed but the Museum was relatively dry inside. Unfortunately, I found that my path to the Museum was cut off due to flooded roads so thankfully I had prepared for the possibility of working from home for a few days.

With tensions high in the community and Penrith still in a vulnerable state, we made the decision to remain closed on Monday and Tuesday. Those that could still make it to the Museum did so and worked behind the scenes to prepare for our upcoming events and to return the Museum to its usual state. 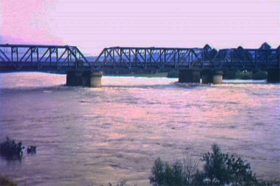 When the sun came out on Tuesday afternoon everyone breathed a heavy sigh of relief. Our grounds were still inundated and flooded which meant that the training activities scheduled to take place by Fire and Rescue NSW had to be put on hold to stop any further damage to our grounds or bogging of their vehicles. We also lost a number of group bookings not just from the days we closed the Museum but also for the remainder of the week, as those from outside of Sydney made the decision to avoid Penrith.

This was a blow to the Museum as after a topsy turvy 2020 when we lost all of our school and group bookings it was a disappointment to lose even more but the safety of our visitors and staff will always remain our priority.

We now look to April 2021 where we have a lot of activities taking place at the Museum and off site. If you visit the Sydney Royal Easter Show be sure to stop by and say hi to our staff who will be running a pop-up Museum shop alongside the FRNSW exhibit. We won’t be hard to miss with TWO heritage vehicles on display plus a number of modern FRNSW appliances.

While some of our team members are at the show the rest will be at the Museum working hard to bring you a great experience during the school holidays! Have you seen the new Penrith Monopoly? To celebrate the launch and the Museum’s place on the board we are holding four Monopoly days during the school holidays. On these days visitors will be invited to play on a giant Monopoly board with lots of prizes to be won! To learn more and see when this is taking place please visit our website www.museumoffire.net

Also during the school holidays is our Junior Caretaker’s Day. This day SOLD OUT a month before the event and is the first time we are offering an environmental program for children. Keep an eye out later in April to see what this day was all about!

We will also be holding a special Senior’s Day on 21 April with a FREE mini expo in the Museum grounds as well as morning tea and giveaways. All seniors will also have a special discounted entry rate for the Museum on the day.

This is just one of the many activities and events that we will be holding during the Heritage Festival that kicks off on Sunday 18th April and runs to Wednesday 19th May 2021. See our website and the event flyer for more information.

With so many things happening next month it is safe to say our entire team are very relieved that the flood waters subsided and in the grand scheme of things the Museum only got a little damp. At the end, despite the panic and sleepless nights, the Museum got out of this weather event relatively easily while many others in our community were not so lucky.

We would like to say thank you to all of the emergency services and RMS personnel who worked tirelessly over the past week to help keep the community safe in difficult conditions.

One of the greatest lessons that we can learn is from history. Those who do not learn from history are doomed to repeat the mistakes of the past. As an organisation we have learnt that we are not immune from the threat of flood and as a community we have spent a lot of time looking back at the floods of the past to see what could potentially happen. At the end of the day we are better off today than yesterday and we now have even greater knowledge to move forward with.

Thank you to everyone who has shown us support over the past week and we are very pleased to be back open for business, so we look forward to seeing you in the Museum one day soon!