You are here: Home » Articles filed under: 'News' » Article: 'Where real value of cultural instns lies' 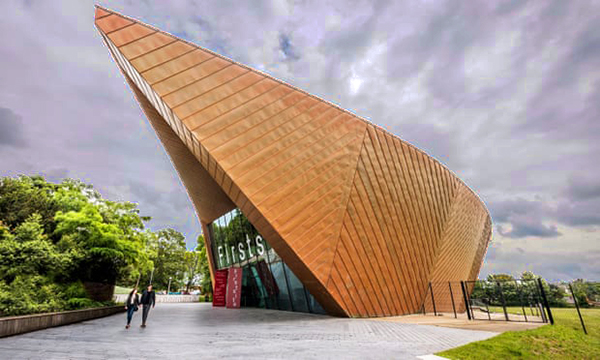 The past year has rightly shifted the way that cultural value is estimated.

In living memory, there has been no worse year for museums and galleries, along with many other arts organisations. With closure forced on them by the pandemic, they were unable to earn money from ticket sales, shops, or cafes; when they reopened for a time last summer, and again this spring, they had to cope with reduced footfall and the costs of expensive interventions to render them Covid-safe. Some of their funders, especially local authorities, have suffered gravely too, with cuts at times passed on.

The Museums Prize, run by the charity Art Fund, has a distinguished history of rewarding excellence in British institutions. Often in the past, the focus has been on multimillion-pound, attention-grabbing capital projects. The past two years, though, have seen a shift in the focus of the prize – one that may portend a wider change of emphasis in how cultural value is estimated. In 2020, the prize, which was already in process when the pandemic hit, was split between the shortlisted candidates, the prize money having been doubled to £200,000. This year, entrants were asked three simple questions: what did you do that showed imagination and determination? How do you think this made a difference? How will you build on this in the future?

The organisers received three times as many entrants as usual; there were, they say, enough excellent entries to fill a shortlist several times over. Nevertheless, submissions were whittled down to five – the Centre for Contemporary Art in Derry; Experience Barnsley; Firstsite in Colchester; the Thackray Museum of Medicine in Leeds; and Timespan, a museum in the village of Helmsdale on the Sutherland coast. Some of these museums are hardly household names, but each found inspiring ways to keep going even when doors were closed.

In the case of Derry’s CCA, that was by making superhuman efforts to support artists by offering them paid opportunities. Experience Barnsley helped sustain creativity among its local audience, including by appointing Ian McMillan as its official “poet in lockdown”. The Thackray Museum became the first to become a vaccination centre, while running public health education campaigns. Firstsite ran brilliant creative projects for children in lockdown; Timespan set up a gardening club and online cooking classes. In the coming weeks, the judges of the prize – who include the Art Fund’s director, Jenny Waldman, and director of the Common Guild in Glasgow, Katrina Brown – will visit each institution to decide the winner, which will be announced at the Science Museum in London on 21 September.

Over the past 20 years, the ideals of “excellence” and “accessibility” in the arts have at times been regarded as in conflict with each other. There have been concerns that an excessive focus on the social usefulness of art may detract from purely artistic concerns. That was an outdated dichotomy before the pandemic, and Covid-19 has made it doubly so. The most significant cultural institutions this past year have been those that have shown themselves most responsive to serving their communities – which means both the public and artists. Beyond glamorous buildings and snazzy redevelopments, this is where the real value of cultural institutions lies.