You are here: Home » Articles filed under: 'News' » Article: 'Who gets to tell Australian stories?'

Who gets to tell Australian stories?

August 27th, 2020 | Browse other: News. | Tagged with: Australian media is still living in White Australia, Who Gets to Tell Australian Stories? report | 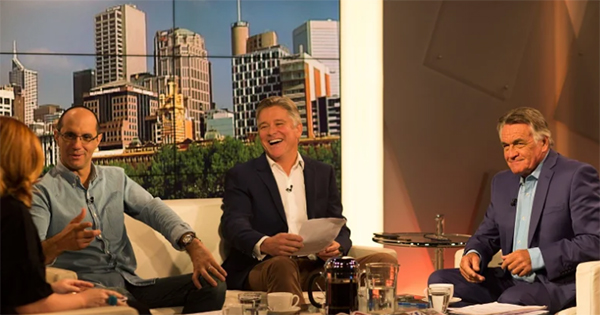 Tim Soutphommasane, Elsewhere they get it but the Australian media is still living in White Australia, The Sydney Morning Herald, 18 August 2020

Few would argue that the Australian media does well at representing cultural diversity. Certainly not in a way you’d expect when we are a multicultural society, often trumpeted as the most successful of its kind in the world.

It has been nearly five decades since an official multiculturalism was adopted in Australia. Yet that has had limited visible impact on our media.

To be fair, Australian media isn’t the only arena where this is the case. Anglo-Celtic and European backgrounds dominate the leadership ranks of politics, business, the public service and our universities. Our institutions fail to make the most of the talents within our society.

Diversity is often embraced only in name, and not in norms. If there’s a glass ceiling that many women in work hit, then those from minority backgrounds hit a cultural one. According to a survey we conducted as part of our research, more than 85 per cent of non-European background journalists believe having a culturally diverse background represents a barrier to career progression.Representation, though, matters. It particularly matters for our television media: the medium shows us who we are as a people and as a culture. News and current affairs media have a special role in identifying and telling stories about issues of importance to all Australians.

Yet it’s overwhelmingly journalists who have Anglo-Celtic backgrounds who report, select and produce these stories. The result? Too often, media does a poor job of covering race issues.

Sunrise host Samantha Armytage (centre) and Prue MacSween are facing a lawsuit over a segment on Indigenous adoption. Credit: Seven.

Even our public broadcasters have their blind spots. For the past 10 years, the ABC’s Insiders program had no journalist who was a person of colour on its panel – something it has only rectified last month. Multicultural broadcaster SBS has recently been criticised for how it treated Indigenous journalists, and for the lack of cultural diversity within its senior management.

It’d be unthinkable for any television network to have a football commentary team on air, where not a single commentator would have experience playing the sport. By the same logic, networks should understand it’s a problem, in a multicultural society, when there’s little or no diversity within its news and current affairs.

Media elsewhere seem to get it. Indeed, Australian media lags significantly behind English-speaking counterparts. What we look like on screen can seem decades behind the United States and the United Kingdom. While they are themselves far from perfect, US and British media organisations have better collection and monitoring of data on their diversity. They’ve also been bolder at setting targets for minority talent.

For change to happen here, Australian media organisations will need to take similar steps. But more than that, there needs to be a cultural change in mindset. Too often, there is unwarranted defensiveness about criticisms concerning diversity. People can wrongly feel that a critique of systemic patterns of under-representation amount to personal attacks, or even a form of “reverse racism”. Deflections and denials come all too easily.

Talk about diversity and race will always spark debate. But it’s hard to argue with the evidence. In the case of our media, the numbers tell us we are still living in a White Australia, even if the White Australia policy was dismantled nearly 50 years ago.

Tim Soutphommasane is a professor at the University of Sydney and a former Race Discrimination Commissioner. He is a co-author of the Who Gets to Tell Australian Stories? report initiated by Media Diversity Australia.