You are here: Home » Articles filed under: 'News' » Article: 'Why Australia’s arts need A New Approach' 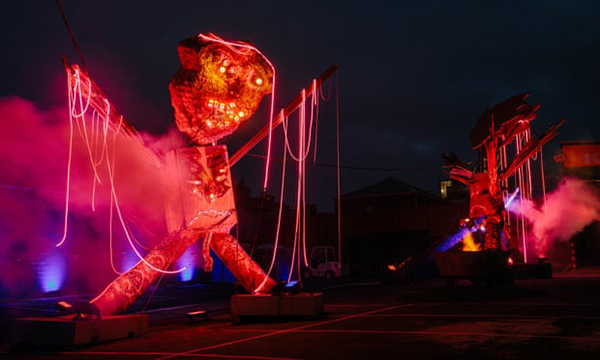 As a parliamentary inquiry investigates the impact of Covid-19 on Australian arts, events like Dark Mofo are searching for a new way forward. Photograph: Jesse Hunniford.

With the crisis continuing for the nation’s arts and culture sectors, industry leaders have converged on what needs to happen – fast.

When it was announced in August last year, the parliamentary inquiry into the arts was met with almost unprecedented interest.

Four months of verbal evidence were bolstered by more that 350 written submissions, with a further 4,871 responses received in a corresponding online survey – the second-highest response ever recorded to a standing committee poll, beaten only by a recent inquiry into family, domestic and sexual violence.

The intention of the inquiry into Australia’s creative and cultural industries and institutions is to examine “the benefits the arts bring to Australia, and the significant impacts that Covid-19 has had on the industry”. But many of the submissions cast the net wider, asking how a $15bn per annum sector ravaged by the pandemic might safeguard itself a decade into the future.

Two of these road maps have been published in recent months: Imagining 2030: Preparing for a National Arts, Culture and Creativity Plan, from the relatively new independent cultural thinktank A New Approach; and a report written by the former CEO of the Grattan Institute, John Daley, titled Performing Arts Advocacy in Australia.

While prepared independently, both papers intersect at a number of recommendations, including breaking down the silos occupied by individual art forms; critiquing the economic argument for the arts that’s favoured by many politicians; and establishing a new peak body to lobby Canberra.

The arts sector has been dealt a continuous stream of blows since March 2020, with the latest alarm sounding from Hobart’s Dark Mofo on Wednesday.

And with the inquiry’s draft report expected to be tabled in Canberra within weeks, the industry is watching.

The economic argument that nobody’s buying

John Daley resigned from the Grattan Institute in the eye of the Covid-19 storm in July 2020. He has spent the ensuing eight months researching and writing his report on arts advocacy – a sort of literary swan song for the Australian Major Performing Arts Group (Ampag), which was disbanded after more than two decades late last year.

When it comes to lobbying governments, the 28 member organisations of Ampag have now reverted back to the peak bodies representing their separate genres – dance, theatre, music, circus etc – leaving an ever-widening hole in coordinated arts advocacy that, Daley says, has been stagnating over the past 30 years.

Despite radical shifts in art forms, community tastes, and Australia’s cultural composition, there has been little substantial change in arts policy and institutions. And more of the same advocacy is likely to lead to more of the same outcomes: while federal and state governments determine how to slice up the cultural funding pie, there is a dearth of informed voices lobbying for a bigger pie, an updated recipe, and a plate-up that’s more appealing to 21st century appetites.

The arts are usually a bauble around a minister’s neck rather than a major political prize. John Daley

“There is this mismatch between our official culture – which is basically the prime minister goes to the football – and what Australians actually do in their private lives,” Daley says.

“In fact, Australians go to performing arts events much more often than they go to the football or indeed any other sport.”

He found that there are almost 23m paid attendances at performing arts events in major venues per year, and that figure more than doubles if smaller music venues, all local council venues, and all festival events are included. In comparison, about 19m tickets are sold each year to sporting events. 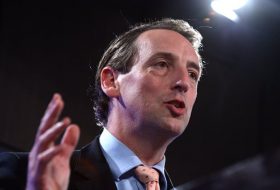 John Daley during his time as CEO of the Grattan Institute. Photograph: Alan Porritt/AAP.

Daley believes arts advocacy is failing because it’s operating under the misguided belief it has to speak the lingo of Canberra: for many audiences, the economic impact of the arts is a poor leading argument.

“How many artists does anyone know who do what they do because it contributes to the national economy?

“Yet advocates keep leading with economic arguments that few of the industry’s participants actually believe in.”

Daley says it is a myth that governments – either left or rightwing – only care about economic growth: much of the health budget and much of the welfare budget, for instance, is spent on people who are unlikely to work again.

“[Those policies] reflect widely shared public beliefs that improving health and preventing poverty are valuable ends in themselves … rather than growing the economy,” he says.

“It is an approach that almost every industry takes with government.”

The need for a new peak body

Earlier this year, thinktank A New Approach (ANA) emerged from its three-year incubation with the Australian Academy of the Humanities and became an independent entity that is now backed by ten philanthropic organisations.

ANA gave evidence twice at the parliamentary inquiry and last month published its analysis paper Imagining 2030, which argues for a coordinated strategy across all art forms and at all levels of proficiency over the next decade. The paper, delivered to the government, proposes a National Arts, Culture and Creativity Plan (NACC Plan) which draws on 2030 plans already introduced by the agriculture, sport, tourism, and defence technology sectors.

A New Approach argues that a new peak body should be formed, so that the various visual arts, film, music and theatre sectors begin to work together. Photograph: Cavan Images/Alamy Stock Photo.

For example, the Sport 2030 plan encompasses all levels of the sector, from elite athletes to the local footy team to community fun runs, to “stop everyone just worrying about their own patch, their own particular sport”, according to the former chair of Sport Australia, John Wylie, “to help create more opportunities for everyone”.

The body’s program director, Kate Fielding, said the in the wake of the pandemic, the case for coordinated action has never been more urgent.

“By looking at how other industries have outlined a shared vision for the future … we can get down to the actual practicalities of what that means for different types of investments,” she says. “And what it means for participation in those industries, from both producers and consumers.”

Daley, who is on an advisory panel of ANA, advocates a similar strategy, using the National Farmers’ Federation approach.

“A small beekeeper doesn’t have an awful lot in common with Gina Rinehart and her cattle interests across the Northern Territory,” he says. “But in practice, ultimately their interests are both represented by the National Farmers Federation.”

Looking beyond ‘the kindness of strangers’

At least since the 1970s, arts advocacy in Australia has always come down to the personal tastes of individual politicians, from Gough Whitlam to George Brandis.

“The performing arts have always relied on the kindness of strangers,” Daley says, echoing the words of former Liberal senator Chris Puplick, a previous shadow minister for the arts.

And it has always been the large traditional institutions that have benefited, ever since Robert Menzies set up the Australian Elizabethan Theatre Trust in the 1950s, laying the foundations for Opera Australia, the Australian Ballet and a number of state orchestras and theatre companies.

Because arts policy has tended to reflect personal interest rather than public interest, arts funding donned the cloak of benevolence rather than necessity, and never became part of a broader political priority, Daley says.

“The arts are usually a bauble around a minister’s neck rather than a major political prize,” he notes in his report.

“The received political wisdom is that at best the arts can influence public perception of political leaders, but commitment to the arts does not change votes.”

The kindness of strangers delivered more than $300m to the arts sector in the 2021-22 federal budget – $68m more than was allocated to sport – in a budget speech that mentioned the arts for the first time in the 21st century.

But in one of the more comprehensive analyses of that funding, associate professor Jo Caust from the University of Melbourne’s School of Culture and Communication noted that many of the initiatives captured in that $300m were re-announcements of funding already committed, including $125m to top up the Covid-19 Rise rescue package, announced two months earlier.

If the sector is to overcome its Blanche Dubois complex in a post-Covid world, there is a strengthening argument that a new overarching peak body will be needed. Only then can the industry successfully convince decision-makers of the intrinsic value of the arts – a value measured not just by the economy, but by the national wellbeing.