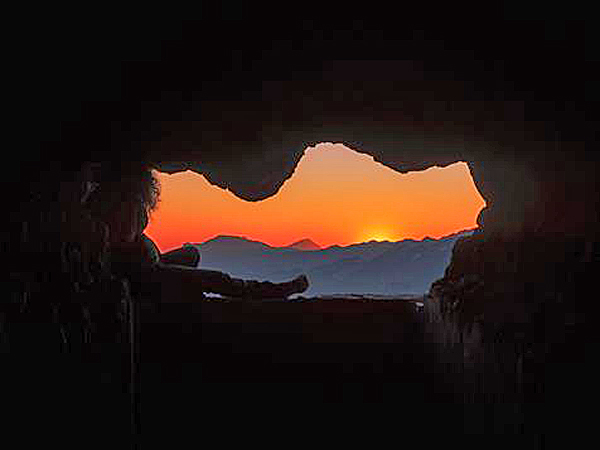 The measure for success is growth – but why? And what happens when arts organisations reject the ‘bigger is always better’ narrative?

It’s a perennial problem for artists and arts organisations: how to measure success in terms that reflect artistic growth and rigor, rather than the familiar metrics understood by government and the corporate sector: box office growth, audience growth, expanding ticket sales.

Unfortunately, growth remains one of the main metrics by which arts organisations are judged to be successful – a situation which can potentially be damaging for the organisations involved.

‘That endless growth mentality that you see in some festivals and at a lot of the large, government institutions – the NGV [National Gallery of Victoria] for example – that’s not growth, that’s encouraging gigantism,’ said cultural commentator and academic Dr Ben Eltham, Lecturer in Media and Communications at Monash University’s School of Media, Film and Journalism.

‘The NGV’s Van Gogh show was so large that people started to complain about the length of the queues. At MONA down in Hobart, the Dark Mofo festival doubled in size [last] year. They’re now openly talking about the fact that the biggest challenge will be the size of the festival going forward. And this focus on always increasing the metrics, increasing the numbers, has been something that’s come to the arts via neoliberalism.’

Read: Freeing the arts from the yoke of neoliberalism

Thankfully, some arts organisations, such as Canberra’s independent arts festival You Are Here, are rejecting or questioning the ‘growth is good’ model.

Late last year, You Are Here’s board announced they would not stage a festival in 2018. Instead, the festival team will spend the year researching, planning and strategising.

‘We will regroup, reassess and reacquaint ourselves with the city and its creative communities,’ said a You Are Here statement.

‘The city in which the festival began [in 2011] was different to the city now, and the arts scene was different too. Funding is being restructured. The state of play for artistic producers has shifted, and the relationship between the arts and city development has entered a new era. We want to look at all of this more closely, and ask: what are festivals for? Who are they for? What is the place and purpose of You Are Here in the next decade?’ the statement continued.

‘In short – even if one million dollars fell into the hands of You Are Here Inc. today we feel it would be counter-productive and irresponsible to push forward with a festival in 2018.’

Speaking with ArtsHub, You Are Here board member Yolande Norris agreed that some would see postponing the festival for a year as a risk, even radical. Nonetheless, she said, it was the right decision to make.

‘Obviously the arts has the ever-present problem of measuring success, and so you demonstrate success in terms that are understood [by government]. But we’re cautious about adopting growth language, or language that’s an ill-fit for what we actually stand for,’ she said.

Read: Slow down to strengthen the sector

You Are Here are not alone in rejecting the growth mindset. Cirkidz School of Circus Adelaide have also questioned the sector’s reliance on growth as an appropriate model.

‘Me and my community’s thinking is not necessarily around growth being the best thing – that’s the point where we’re at now. The team is saying, “Why do we have to grow? Let’s just stay where we are and focus on the process of refining and distilling what we do,”’ explained Cirkidz Artistic Director Joshua Hoare.

Often, growth is seen as a short-term solution to existing challenges, Hoare explained. ‘It’s often seen as the only solution to meet the growing challenges of paying your electricity bill, paying your staff; growing costs that are associated with making art in a contemporary world … and I think it’s more complex than that, basically.

‘The bigger one becomes, in some ways, the less agile you are and therefore the less prepared you are for change … and in the world we live in now, evolution is the only way to survive. And so I think with growth comes a lack of agility, potentially, and the job becomes how do you remain prepared for change – how do you remain agile but also keep the doors open and meet the costs that are associated with running an organisation and a community?’

One of the current challenges facing Cirkidz is the constraints of its existing premises in the gentrifying inner north suburb of Bowden.

‘We exist in a neighbourhood that is being developed by the state government, so we’ve got some state government support to ensure the company’s survival, but we do have a question around space. So the board is putting a lot of energy into finding a new space – which would represent some form of growth for us, but the board is also really conscious that that growth be manageable and helpful and productive,’ said Hoare.

He also cautions the sector about the impact growth can have on an organisation’s purpose and ethos.

There are, of course, examples of growth in the arts that are widely welcomed – such as the growing strength and diversity of Canberra’s independent arts sector since the first You Are Here was held in 2011.

‘It happened almost instantaneously, we ran one festival and all of a sudden all these other things were able to get a foothold and get started of their own accord – things like the Noted Festival of Experimental Writing, like Art Not Apart in New Acton which began as an event in You Are Here’s program and then spawned its own life,’ said Norris.

‘I’m not going to say it’s only because of us that these things happened but definitely there is a growth that at some level is a result of something like a festival where people are meeting and connecting and finding new collaborators and partners, so of course they’re going to go on and do their own thing. And then all of a sudden you have that much more arts activity happening.’

While delighted by such outcomes, Norris notes the risks associated with growth of this kind – including creating more competition for arts funding and the danger of exhausting a city’s potentially limited pool of audience members.

‘But I’m really starting to notice the number of arts events and miniature festivals, whether they be music or dance or experimental art forms, that are popping up and that just weren’t around five or even two years ago. And sometimes they’re really sharing the same ethos as we started out with and I think that’s awesome, so there’s that kind of growth as well.’

Norris and her fellow board members are cautious about unfettered growth. That said, there are other types of growth You Are Here would welcome, and which will be investigated during the festival’s gap year research.

‘Another kind of growth would be growing our capacity and our ability to deliver events in partnership with, and or for some of the less represented communities in the ACT region – and sometime with those communities we might need to learn for ourselves what that means and how you go about doing that well, and in a way that is actually meaningful and interesting to all involved and not just tokenistic. So those are the kinds of growths that are interesting but you don’t necessarily achieve those outcomes by just being bigger and all “More artists than ever before!”’