You are here: Home » Articles filed under: 'News' » Article: 'Why libraries have a public spirit'

Why libraries have a public spirit

November 15th, 2019 | Browse other: News. | Tagged with: heightened engagement through collective knowledge creation, Why Libraries Have a Public Spirit That Most Museums Lack | 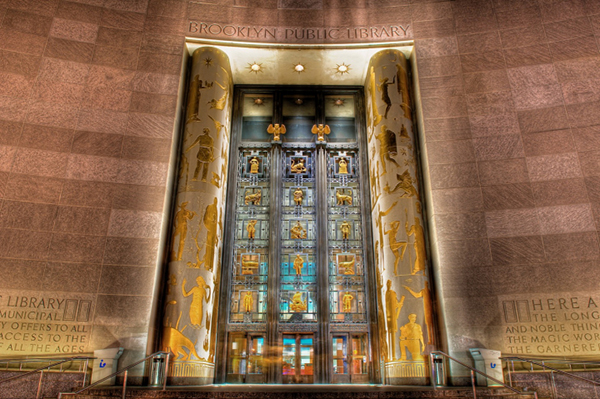 Laura Raicovich, Why Libraries Have a Public Spirit That Most Museums Lack, Hyperallergic, 7 November 2019

A broad swath of society seems to feel more welcome in a public library rather than a museum. I examined the Brooklyn Public Library as a model of heightened engagement through collective knowledge creation.

At a time when museums are being held accountable by a variety of publics for every aspect of their operations — from programming and exhibition-making to financial support and governance structures — perhaps it is useful to look at parallel institutions that are doing similar work for guidance on alternative ways of working.

I have spent a great deal of time thinking about the relationship between museums and public libraries, to understand what makes libraries feel different from museums. Why do they have a public spirit that most museums don’t? Why are there lines around the block at some NYC library branches at 9 am? I’ve been reading about the roots of both institutions in the United States, and they have evolved in similar ways; so how do they diverge? And is this divergence relevant to the ways in which a stunningly broad swath of society feels welcome within a public library and not a museum? 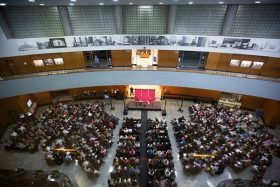 John Cotton Dana, the Progressive Era thinker and radical re-imaginer of public libraries, wrote a particularly important essay in 1917 titled “The Gloom of the Museum.” It includes a section about expertise that is particularly germane today:

Museums and libraries in the US originated in similar places and via similar patronage models with their foundational collections coming largely from wealthy collectors of books and art objects, sometimes in conjunction with institutions of higher learning. However, the word “public” remains embedded in what we call the library. And while some branches are named for generous funders, these are secondary to the overall system. In fact, the Queens Public Library system, the largest in the nation, boasts of a branch within a mile of every Queens resident. 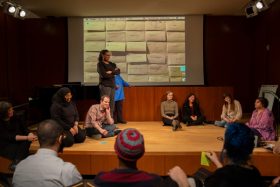 It is with these thoughts in mind that I spoke with Cora Fisher, Curator of Visual Art Programming, and Jakab Orsos, Vice President of Arts and Culture, at the Brooklyn Public Library (BPL). Orsos and Fisher center accessibility within an intellectual framework, which seems to me a core tenet that makes an indelible imprint on all their work. This focus is also related, perhaps, to the ways in which the BPL audiences see the library as a repository of ideas, and of public information, rather than one of expertise. In this way, when BPL explicitly presents issue-driven programs, audiences might encounter these as participants rather than as recipients of knowledge. In Fisher’s words, when she and Orsos imagine programs for the library, they are “visioning an active civic body,” that not only desires engagement with the subjects explored, but also expects the library to engage particular issues with intent and via a specific perspective. 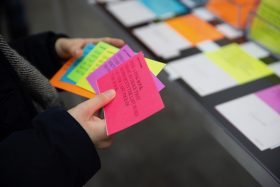 This clarity around intention and transparency of outlook is an essential aspect of the distinction between museums and libraries, and is based in a particular poetics of engagement. Take for example Kameelah Janan Rasheed’s project, Scoring the Stacks, which was displayed at BPL’s Central Library from January through April 2019. Rasheed is an artist, a poet, and a pedagogue, and therefore among the most ideal artists to be embedded within the library. Her project knit together the infinite possible paths of knowledge that can be charted with the resources of a library. By creating a repository of colored index cards with some simple instructions, she invited library patrons to create their own skein of knowledge, partially by chance, as they followed the instructions interspersed throughout the library’s collections and stacks. They noted their paths on the note cards, carbon copies of which preserved their paths for others to peruse. Each became a “score” of a particular experience informed by artistic suggestion, chance encounters, personal interests of the participant, and myriad other vagaries that shaped each strand of the work. She also conducted numerous workshops that brought people together in co-authoring pop songs and poetry, as well as choreographing movement, all by using texts found in the stacks.