You are here: Home » Articles filed under: 'News' » Article: 'Why Sydney is in the grip of a library boom'

Why Sydney is in the grip of a library boom

September 12th, 2019 | Browse other: News. | Tagged with: new library in Darling Harbour, Why Sydney is in the grip of a library building boom | 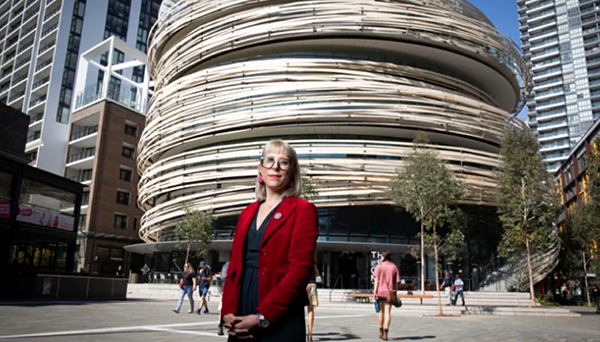 Andrew Taylor, ‘Community anchors’: Why Sydney is in the grip of a library building boom, The Sydney Morning Herald, 8 September 2019

Sydney is in the midst of a library building boom, with dozens of new and refurbished libraries opening or under construction as the number of visitors rises dramatically.

But concerns remain about whether public libraries have sufficient funding for their expanded online remit and their role in providing crucial services for vulnerable people.

The Darling Harbour facility will contain 30,000 books from the old Haymarket Library as well as an Asian literature collection and daily newspapers in multiple languages.

It will also house a workshop containing 3D printers, precision drills, power tools and other equipment for designers, engineers and entrepreneurs.

The library is housed in a six-storey building, designed by Japanese architect Kengo Kuma, which has a circular façade wrapped in 20 kilometres of curved timber and also features a childcare facility, food hall and restaurants.

Cr Moore said the building was designed to lift the standard of architecture in the city.  The council’s manager of libraries and learning, Heather Davis, said libraries were increasingly seen as “community anchors”.

“In a time of rapid population growth, libraries provide much needed space for communities to connect, learn and relax,” she said.

Ms Davis said she had also detected a rise in “library tourism”, with libraries recognised as cultural destinations alongside museums and galleries.

The number of visitors to the state’s public libraries has increased by 6 million over the past 20 years to 35 million in 2017-18.

“Councils recognise that sitting a library in an area can be a way of re-invigorating the surrounding area,” Dr Vallance said.
He said the major challenge for public libraries was adapting to new technology and providing space to meet increased demand.

Libraries were expected to offer meeting rooms, free computers and wireless internet, literacy and technology programs and work spaces for students, freelancers and small businesses. The City of Melbourne has also hired a social worker for its libraries to provide social services for the homeless.

However, libraries are increasingly shouldering the financial burden of providing those online services, says Robert Knight, a spokesman for the NSW Public Libraries Association.

This was sometimes an unintended consequence of the transition to digital, he said, “leaving community members with poor digital literacy [or] no access to technology without personal access to essential online services”.

Local councils provide the bulk of funding for libraries, but last year the NSW government allocated $60 million in additional funding over four years for the state’s 370 public libraries including $24 million for building and information technology upgrades.

Councils received an increase in the annual library subsidy provided by the state government, with the City of Sydney, Parramatta, Central Coast, Canterbury-Bankstown and Blacktown councils each receiving a boost of more than $100,000.

But Sue McKerracher, head of the Australian Library and Information Association, said the Renew Our Libraries campaign would keep pressuring the NSW government over funding.

“Local government has stepped up to the plate but we need the continued support of state government to ensure a well-funded public library network into the future,” she said.