You are here: Home » Articles filed under: 'News' » Article: 'Why the West is no longer educated'

Why the West is no longer educated 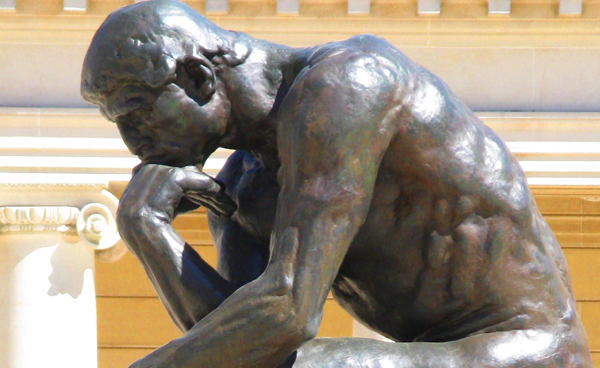 Melvin Schutt, Why the West is No Longer Educated, Quadrant Online, March 2017

With its precision and focus on the true, the beautiful and the good, the classical culture of reasoning is at the core of our tradition and—as Tocqueville notes—a “useful” corrective to democracy’s tendency for haste and superficiality. That is something worth restoring.

Education seems universally—and almost self-evidently—supported as a Good Thing. Few would argue that a liberal democracy could do without literate citizens. Fewer still that a modern economy could do without a skilled workforce. Accordingly, spending on education is higher than ever. But what does it mean to be educated?

At present, education seems understood primarily as coursework in vocational topics, and “useful” natural and social sciences. There is a lot to be said for such education, as individuals need to be prepared to make a living. But there is also reason for concern. It is not obvious how well the “useful” courses prepare students for the world of work. Moreover, knowledge of the foundations of our culture, prerequisites of liberal democracy and fundamental assumptions in science is transmitted haphazardly or not at all. Individuals are hence increasingly clueless about our civilisation and their responsibilities. It is also unlikely for university graduates to have even basic familiarity with the history and philosophy of their disciplines, leaving many without critical distance from the fashionable views of the day. This sits ill with democratic citizenship, innovation and a dynamic, entrepreneurial economy.

Much as in China’s stifling scholarly tradition, to be a good student has become tantamount to conformity to a maze of institutionalised dogma, rendering the rise of university “safe spaces” and formal and informal speech codes sadly unsurprising. In effect, students are socialised for bureaucracies, both governmental and corporate. Thus diplomas, more than proving good judgment, function as tokens in a signalling game for the job market. Paradoxically, as the increased number of degrees has deflated their worth, proxies for competence (accent, dress, social circle and manners) have gained renewed importance.

Taken together, these developments represent a break with the traditional understanding of education, aimed at good judgment. For most people, the practice of apprenticeships, acquiring practical skills, fulfilled exactly this purpose. They also attended church, where they might receive moral instruction.

The academically gifted followed a different path. In a logical sequence, first they were trained to think, and then they absorbed both fundamental and more specialised knowledge. This encouraged development of independent judgment, inviting an examined renewal of our civilisation. Ideally, any vocational training (such as in law, engineering or medicine) would take place after such a liberal education.

Today apprenticeships have become unpopular, especially outside Germany and Switzerland. Liberal learning tends to survive in name only, as broad introductory classes to a largely random range of subjects. Rarely do these classes prepare students for making moral, aesthetic and empirical distinctions (a tulip is not a cactus and what is true regarding a tulip is not necessarily so for a cactus). Often they have the opposite effect, emphasising how things are the same. Differences (such as between men and women) are increasingly taught to be “socially constructed” rather than natural, with the implied—but false—suggestion that this makes them arbitrary. To illustrate: the difference between Turks and Greeks is socially constructed, for example, but not random or insignificant, as their history of conflict shows. Pretending otherwise may flatter the egalitarian prejudices of our age, but it also stifles critical thinking. For if you cease to recognise the distinctiveness of anything, you accept the truth of everything. Judgment consists in discriminating.