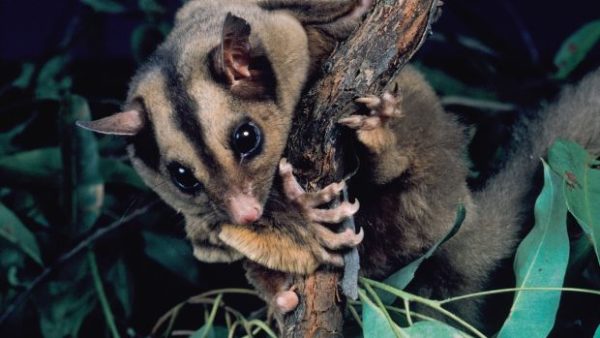 The endangered mahogany glider, once thought to be extinct, was rediscovered in 1989 by a Queensland researcher. Photo: Bruce Cowell.

The beauty and wonder of hundreds animals and specimens from across the most diverse regions of our state is waiting for you at the Queensland Museum.

Wild State opens Friday and celebrates Queensland’s most unique animals and their habitats, from the arid outback to the ocean.

It is also telling of how difficult it would have been to narrow the exhibition down to 300 animals and specimens within the displays built to show off their natural environments.

Taxidermy and model animals ranging from kangaroos to budgerigars are placed amongst each other as visitors walk through the displays, that feature video footage and sounds unique to each biodiverse area.

Queensland Museum head of Biodiversity and Geosciences Programs John Hooper said the exhibition was about showcasing each animal’s unique story, including that of the endangered mahogany glider.

Once thought to be extinct, it was rediscovered in 1989 by a Queensland researcher and now resides in a small area of north Queensland.

“If we can bring that sort of story to the public then they might take public action, whether it is through the ballot box or through community groups or as individuals,” he said.