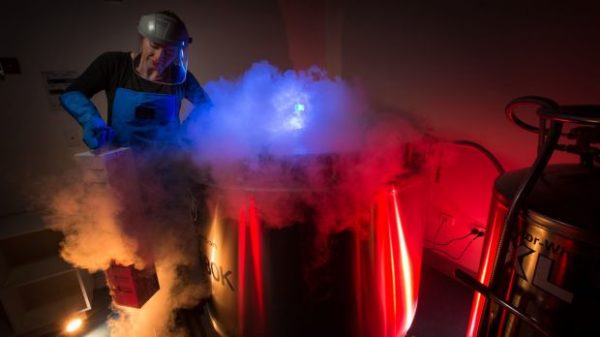 You’d think researchers who encounter some of the nastiest diseases affecting Australian animals would want to destroy them pronto.

But that’s not the case for scientists involved with the country’s first Australian Wildlife Biobank, launched this week. These guys collect them: parasites, fungal infections, bacteria – the lot.

The new cryofacility in the basement of Melbourne Museum in Carlton will store samples of some of the most destructive diseases in stainless steel vats of liquid nitrogen.

Among the collection will be the reptile malaria found in skinks, dragon lizards and geckos, as well as the chlamydia infecting koalas and an incurable skin disease caused by chytrid fungus which is responsible for the extinction of four Australian frog species.

Many diseases, including Ebola and Hendra, originate in animals before jumping to humans.

Toxoplasmosis is an example of a parasite carried by rats, which has been linked to schizophrenia in humans.

“The more information we have about the origin of diseases and how they are transferred among different species the better,” Dr Sumner said.