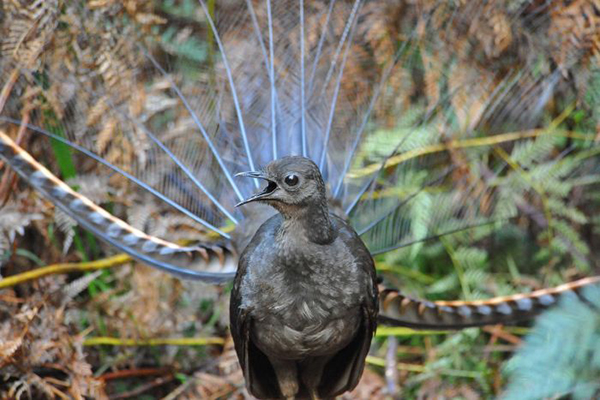 The superb lyrebird had a large part of its range in the path of the bushfires. Supplied: Alex Maisie.

More than 100 native species are in urgent need of help after this summer’s bushfires, a panel of experts has reported to the Federal Government.

The panel was asked to provide scientific advice to help salvage what animal populations have survived the recent blazes.

It found there have been no extinctions as a result of the most recent bushfires so far. But it warned urgent action was needed.

Animals in most need of help:

The Government’s threatened species commissioner, Sally Box, said many of the animals identified were already listed as threatened before the fires, but other inclusions had been a surprise.

“There have been some species that were not previously listed as threatened, that were not in peril before the fires, but it looks like they might have been quite severely impacted,” Dr Box said.

“Species like the superb lyrebird and the Parma wallaby.

Most of the 113 species included on the list have had at least 30 per cent of their range burnt. Many have lost substantially more. 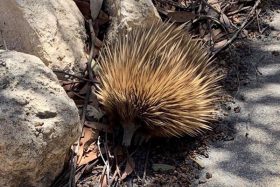 The Kangaroo Island echidna is one of the mammals at risk. Facebook: Baillie Lodges.

Dr Box also warned the recent downpour in many parts of the country could present a further threat.

“The rain’s obviously a really welcome event for extinguishing many of these fires, but it also brings new hazards,” she said.

“Fish species, for example, that are living far downstream of the fire event can be very severely impacted if heavy rain washes down a load of sediment and ash.

“And a big sediment load can cause a mass fish kill.” 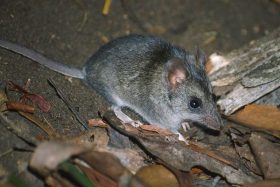 The panel has not yet been able to determine the full extent of the damage as many areas were still too unsafe for proper on-the-ground assessments.

The bushfire season has also not yet finished.

But Dr Box said the plight of the Kangaroo Island dunnart was particularly worrying.

“It shelters in the skirts of grass trees and it’s had more than 95 per cent of its known distribution burnt,” she said.

Sam Mitchell, the owner of the Kangaroo Island Wildlife Park, has spent the past few weeks treating animals that have been burnt or injured in the recent fires. 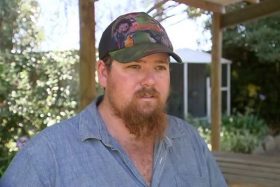 He said initially he thought all hope was lost for the dunnart.

“I just assumed, as did a few other people, that they’d been completely wiped out because it’s only a small isolated pocket on the island where the dunnarts were living,” Mr Mitchell said.

“When you hear the fires have wiped out the western end of the island you just think, well, that’s the end of the dunnart.”

Mr Mitchell said there had been recent sightings of the small, mouse-like creature.

But he worried feral cats on the island posed an ongoing threat to its survival.

The animals identified on the Federal Government’s list have been prioritised for “urgent management intervention” over the next 12 months.

That could include protecting remaining habitat, targeting pest species, supplementary feeding, or moving the most vulnerable species to a zoo or sanctuary. 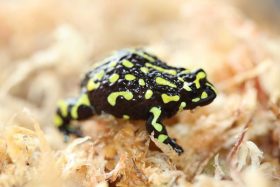 The northern corroboree frog was critically endangered before the bushfires. Supplied: University of Wollongong.

Taronga Zoo’s Michael McFadden has been working to protect the northern corroboree frog for more than a decade.

He said it was critically endangered before the fires and setting up captive colonies was now the best option.

“That will allow us to buy some time and be able to produce a lot of eggs and offspring in the future for translocation trials once the habitat is good again,” Mr McFadden said.

He said the frogs were used to cool temperatures in the mountains. Because of the drought, he said they had been poorly prepared for the fires.

“If there’s a moist retreat, if there are holes or cracks that they can bunker down in, some certainly do survive,” he said.

“If it was a wet year and fires came through soon after, there’s probably more hope for the frogs.
“Whereas in a dry year, when the frogs are already under environmental stresses, it’s hard to know what impact that will have.” 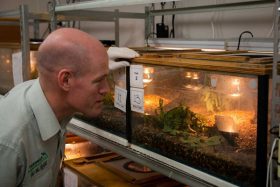 Michael McFadden has been working to protect the northern corroboree frog for more than a decade. ABC News: Will Ockenden.

Wildlife recovery allocated $50 million in funding
The expert panel has also been reviewing the plant species that have also been in the path of these fires.

But due to the number of species affected, the list of plants needing urgent help has not yet been completed.

Environment Minister Sussan Ley said the Federal Government would deliver on comprehensive management plans for the species identified so far.

“We haven’t set up this process, allocated $50 million to it and engaged scientists and experts who are very busy in their fields of work, to not do this work really well,” she said.

The Federal Government has acknowledged more money may be necessary.

It has also been conducting a scheduled review of its Environment Protection and Biodiversity Conservation Act.

But, despite the extent of damage highlighted in the expert panel’s report, Ms Ley would not commit to ensuring that review led to stronger protections for native plants and animals.

“I want the protections in the EPBC Act to be strong, to be effective and to work in the real world,” she said.