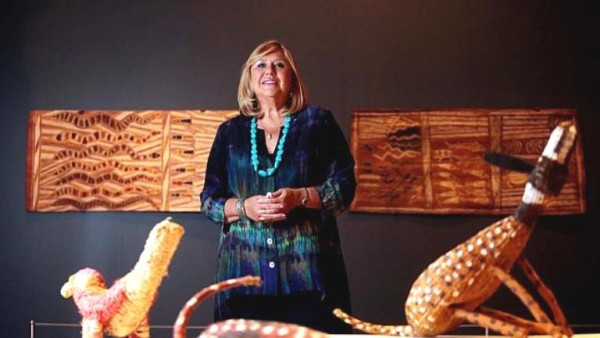 Australian Museum executive director Kim McKay says the glass ceiling is still firmly in place and women must continue to “punch pretty hard” to crack it.

She says just four out of 22 directors at major Australian museums are women and only a year ago, that number was as low as one.

“Sometimes women do hit the glass ceiling, and you have to punch pretty hard to get through it sometimes,” Ms McKay told AAP at a Macquarie Graduate School of Management function in Sydney.

“I think women have to have the belief that they are good enough to run things.”

The number of women represented on major Australian company boards is now 19 per cent.

“That’s a big jump on where it was but … women are 50 per cent of the population,” Ms McKay said.

“It’s the numbers that tell you. This is not fiction, this is truth, and it’s going to take some time to change.”

Reflecting on her achievements in her first year in the job, Ms McKay said she was proud to have secured funding to give the museum a facelift.

Wild Planet, a new exhibition scheduled to open in June, will be the museum’s first permanent exhibition in more than 50 years.

The Baird government has committed to removing the entry fee for children under 16 from July 1 if it is re-elected at this month’s poll.

Ms McKay declared this a “huge achievement” that will encourage more families to attend the museum.