You are here: Home » Articles filed under: 'News' » Article: 'Women lead in US museum jobs'

Women lead in US museum jobs 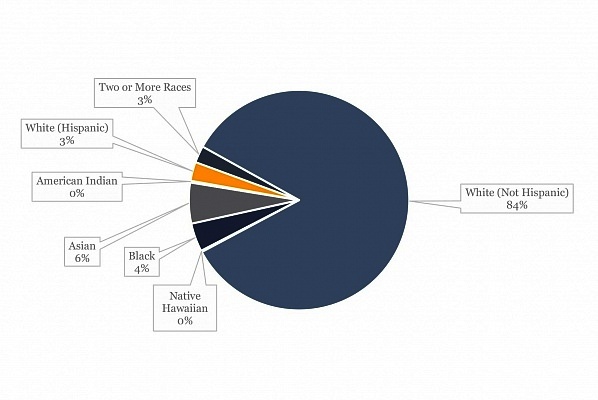 Julia Halperin, Women take the lead in US museum jobs, but minorities are still under-represented, The Art Newspaper, 5 August 2015

A survey released by the Mellon Foundation found that 84% of top staff at the average institution is white.

US museums have made significant progress toward gender equality but little headway in building ethnically diverse staff, according to a survey released last week by the Andrew W. Mellon Foundation. The average museum’s curatorial, education, conservation and top administrative staff members are 84% white.

The survey, administered to 181 museums in partnership with the Association of Art Museum Directors (AAMD) and the American Alliance of Museums (AAM) this spring, was the first comprehensive study of the ethnic and gender makeup of US museum employees. (Researchers also intended to analyse the demographics of museum board members, who are responsible for appointing directors and helping to shape policy and priorities. But response rates were so low that the data were deemed unrepresentative.)

Researchers found that museum staff is, on average, 60% female. In curatorial, conservation, education, and other leadership roles, women are particularly well represented. They comprise more than 70% of staff in these departments, which often serve as a pipeline to directorships and higher-ranking administrative positions.

The same career ladder does not exist for historically under-represented minorities, the survey found. Minorities make up 28% of museum staff, but most work in the security, facilities, finance and human resources departments. Only 4% of curators, educators, conservators and top administrators are African American; 6% are Asian; 3% are Hispanic; 3% are multi-racial. Of the 17 job categories included in the survey, registrars are the least diverse—around 90% are white.