You are here: Home » Articles filed under: 'News' » Article: 'Wonders and blunders' 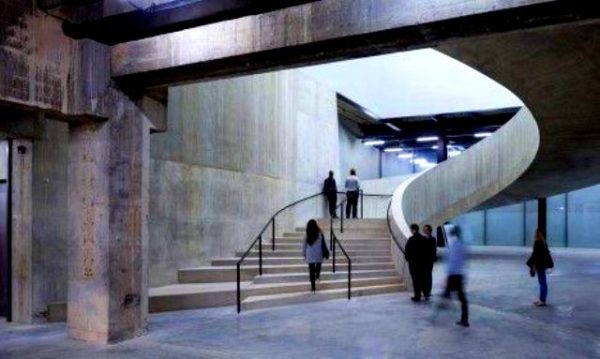 Artists, architects and curators tell us about the spaces they love—and hate

What makes a museum building successful? Until the arrival of Frank Gehry’s Guggenheim in Bilbao in 1997, this question might have been almost exclusively focused on the best environments in which to view art. But the Guggenheim’s phenomenal success, which allowed the Basque government to recoup the construction costs within three years, moved the debate on to issues of branding and statement architecture.

Now the discussion has moved on again. In the public imagination, museums have been transformed from cultural destinations into leisure ones, and there has been a global rise in visitor numbers. Tate Modern’s new extension, designed by Herzog & de Meuron, was partly predicated on annual visitor numbers topping five million instead of the two million originally envisaged when the institution opened in 2000. The new wing is notable for the spaciousness and drama of its circulation spaces as much as for the galleries themselves. The other challenge for museum architects today is to design spaces for forms of media, such as video and performance, that are an increasingly prominent part of institutional programming.

As museums get bigger, the tension between intimacy and expansiveness becomes more difficult to resolve. As the artist Thomas Demand notes, some architects, such as Norman Foster, are skilled at moving large numbers of people around airports, while others, such as David Chipperfield and Caruso St John, are experts at intimacy. “The two together is the task—scale and intimacy,” Demand says.

We asked architects, artists and curators to name their favourite museum buildings

Thomas Demand
Artist
Architects often build museums for their taste, rather than for the collection that will be housed there—that’s the first problem. Philip Johnson hated certain artists and when he designed museums, he prevented them from being shown. You will never see a Carl Andre in one of his museums; he’d put down a tropical wood floor or something. But whatever you do, the artist will challenge the context to make their show unforgettable. The best museums are the ones you can take a walk through. You mustn’t see everything at once; every space should not be the same and, because artists create their own worlds, you need windows to connect you to the outside world. At Hans Hollein’s Abteiberg Museum in Mönchengladbach, Germany, every space is accessible through a corner, allowing installations that are not dominated by the architecture. David Chipperfield’s Neues Museum in Berlin is great, with every detail, down to the door handles, considered. Caruso St John Architects give spaces atmosphere, intimacy and uniqueness—their most daring being Tate Britain, where they got the strength of the decoration right. It’s a question of proportion and sensibility.