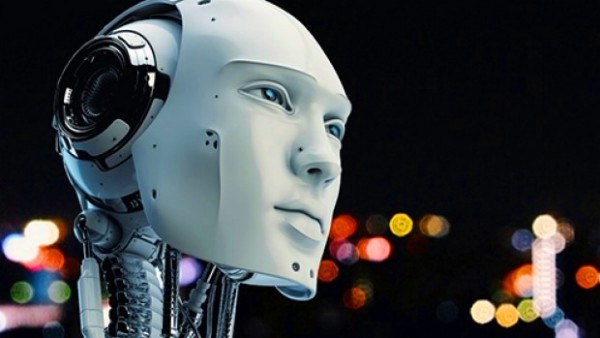 Moral Math of Robots is one of the events at the World Festival of Science 2016 in Brisbane. Photo: World Science Festival.

Big ideas will be debated and big questions will be asked on the streets of Brisbane for World Science Festival next year.

From March 9-13, Brisbane will host a week-long celebration and exploration of science, joining New York as the only other venue in the world to hold this annual event, which began in 2008.

The festival will be held at Queensland Museum, Queensland Performing Arts Centre, GoMA, the State Library of Queensland, Brisbane Convention and Exhibition Centre and the South Bank cultural precinct.

Science hubs will also be set up all around the city for people to interact, debate, listen and watch as some of the biggest thinkers in science share their latest discoveries.

Queensland Museum CEO Suzanne Miller said the World Science Festival will bring science out into the public sphere, giving everyone the chance to participate in the big questions and ideas of our time.

“The festival supports some of the Queensland Museum’s key aims, which is all about science, technology, engineering, maths and art entanglement for as many people as possible in as many ways possible right throughout their lives,” Professor Suzanne Miller said.

Read more
Positions Vacant » View All
» Rights Technician – AWMM
» Wedding and Venue Coordinator – AWMM
Latest News » View All
ABS reports Cultural diversity of Australia
- based on 2021 Census data Read more.
Vale Dimitrios Pandermalis, Director
& Curator of the Acropolis Museum, Athens Read more.
Vale Brian Sherman AM – philanthropist
AM President of Trustees 2001-2009 Read more.
Tate explores “live art” in museum collns
(cf constancy & flux in botanical gardens?) Read more.
OM to repatriate Warumungu artefacts
Aus Min for Indigenous Aus praises good-faith Read more.
Top +
Council of Australasian Museum Directors c/o Mr Brian Oldman, South Australian Museum PO Box 234 Adelaide, South Australia 5001 Australia, © CAMD 2022
Copyright: All information and resources provided on this website remain the copyright of the Council of Australasian Museum Directors. Permission is granted for viewing and downloading for personal and not for profit purposes. Those wishing to reproduce any materials for commercial, educational or other uses are requested to contact us.
Disclaimer: The content of this website is provided for information purposes only and is not intended as a substitute for professional advice. No claim is made as to the accuracy or authenticity of the content of the website. The Council of Australasian Museum Directors does not accept any liability to any person for the information or advice (or the use of such information or advice) which is provided on this website. The information on our website is provided on the basis that all persons accessing the site undertake responsibility for assessing the relevance and accuracy of its content. No responsibility is taken for any information or services which may appear on any linked web sites. Hostgator.
.