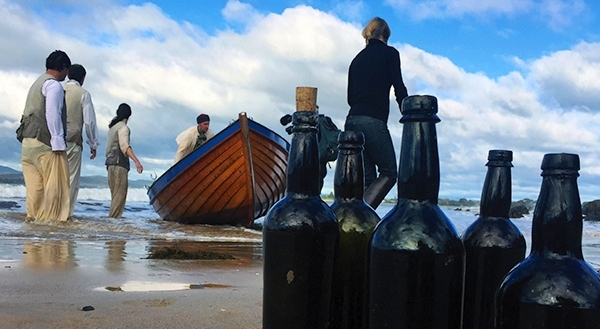 The Queen Victoria Museum and Art Gallery has identified what is believed to be the world’s oldest beer, surviving in a bottle salvaged from the protected Historic Shipwreck Sydney Cove (1797) at Preservation Island, Tasmania.

QVMAG Conservator David Thurrowgood has initiated and coordinated research into the bottle contents by assembling a team of expert scientists from Australia, France, Germany and Belgium. The research team has isolated live yeast from the bottle contents and used it to brew an initial batch of 40 bottles of beer using period recipes.

The yeast is a more complex strain than modern brewing yeast and has given the new brew a distinct flavour that has not been tasted for 220 years.

Wrecked in 1797, during a journey from Calcutta to Port Jackson, the Sydney Cove is the eighth oldest shipwreck in Australian waters and the first merchant vessel lost after the establishment of the colony of New South Wales.

The Sydney Cove was a relatively small trading ship of around 250 tons carrying a cargo composed primarily of alcohol, foodstuffs, textiles and livestock.

Despite its apparently humble origins, the archaeological and historical significance of the wreck is considerable. The cargo of the Sydney Cove, together with a substantial proportion of the goods that reached Australia in the earliest years of settlement, originated from India and the East rather than Great Britain.