You are here: Home » Articles filed under: 'News' » Article: '“You make a commitment to represent many voices”'

“You make a commitment to represent many voices”

October 23rd, 2020 | Browse other: News. | Tagged with: colonialism and museums, International Council of Museums, The Whole Picture by Alice Proctor | 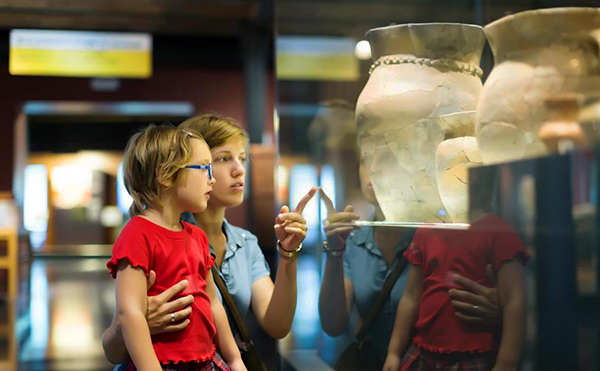 Gina Fairley, We need to talk about colonialism and our museums, ArtsHub, 19 October 2020

Should museums be made to give back their marbles? Must Rhodes fall? In her book The Whole Picture, Alice Proctor writes: ‘All art is political.’

There has been a call for some time now, for our museums and galleries to look more critically at the accepted narratives that surround the art, objects and antiquities they house.

But this responsibility has become a shared one. No longer does it lie just with curators and museum educators to confront how they have collected, and rethink – even disrupt, as author Alice Proctor suggests – the stories that place these objects in time, but as viewers we also need to question the way we interact with these objects couched in colonialism.

‘If you think art history has to be pale, male and stale – think again,’ writes Proctor.

She makes this the topic of her recent book, The Whole Picture, published earlier this year.

One of the problems with the past is that these hallowed halls that collect and present the world’s great antiquities and artworks, instill a perception of authority – largely white and western.

Proctor believes that ‘Museums are more than just physical places designed to house collections. Their purpose is to shape identity and memory. They do not and cannot represent complete stories, but the distilled narratives they propose often contain the most treasured and the most contested facets of identity, national or otherwise.’

Like the saying goes: Oil tankers move slowly. And so do museums.

The good news is that professional 21st-century museological practice demands to be transparent, accounting, representative, and willing to take on the complex narratives.

Proctor is not alone in this line of questioning of the contemporary role of museums, and their responsibility to face their collecting past and colonial arrogance. This time last year, the International Council of Museums (ICOM) voted on a new definition of the museum. Despite lobbying change for three years, 76% of the 119 countries represented voted for ‘an indefinite postponement’.

Sure we all agree, it is often easier to leave it buried, unhung or mythologised, but that 19th-century thinking has no place in today’s world.

It was a view shared by Alec Coles, CEO of the new WA Museum, which is scheduled to open 21 November 2020.

Coles told ArtsHub in an interview earlier this year: ‘Probably the greatest asset museums have is the trust that publics place in them in this post-truth era – to have somewhere they can come back to and believe in, is important. How do you achieve that? You make a commitment to represent many voices.’

Coles believes that designing a new museum for our fast-moving future is not only about the physical space but the intellectual space that has to be carefully considered and mapped. 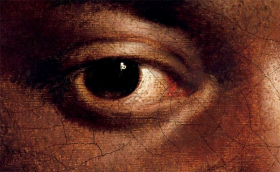 ASSEMBLING NARRATIVES IN A POST-TRUTH ERA

Should museums be made to give back their marbles? Must Rhodes fall? Should culturally significant Aboriginal objects be repatriated?

Proctor writes: ‘All art is political. Everything in a museum is political, because it is shaped by the politics of the world that made it.’

Coles holds the view that while the curator’s role is to assemble stories, they also have to hold an opinion themselves.

‘People sometimes talk about museums as neutral spaces. Who would want to be banal and neutral? Anything you put on display is the result of someone’s decision – the decision to collect and to display it in a particular way. The issue is to do that responsibly so that it encourages debate and allows other views.’
Alec Coles, WA Museum Director

What spurred Proctor to write her book, was her own experience of conducting unauthorised Uncomfortable Art Tours – a post art history major asking all the questions you shouldn’t ask, rebuking collective ‘white privilege’ and questioning what we have inherited through the worlds’ great museums – both in terms of knowledge and objects.

Her view is that as museum audiences we need to face – and deal with – that legacy.

Her book offers the conclusion: ‘I do not believe guilt is inherited, but responsibility is, and there is nobody alive today whose existence has not been shaped by colonialist, racist forces.’

Proctor’s continues: ‘None of these stories is in the museum by accident. Someone has chosen every object on display, categorised it, and placed it on a plinth or behind glass. Someone wrote the labels…. you have to remember that, however invisible they may be, there is someone directing you around that space, shaping your interpretations and choosing what you may look at and how.’

There is a timeliness to Proctor’s book (published March 2020 just ahead of global Black Lives Matters protests), and more locally, as two major museums open in Australia this month – the WA Museum and Chau Chak Wing Museum.

The shared message is to make colonial histories more visible; to understand how objects – both ethnographic and antiquities – were collected, but also how we tell the stories of those object. That is the future we can get right.

And our role? Proctor encourages us all to more critical of what we see – to ask the questions – and be less accepting of the museological lens of the past.