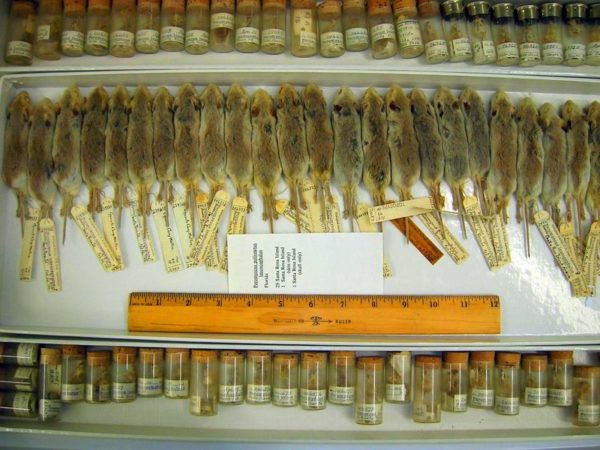 As the director of the National Museum of Natural History, it isn’t surprising that Kirk Johnson believes that people should make use of his museum’s collections. What is surprising is the group of people whom Johnson is addressing: infectious disease researchers.

In a recent op-ed for the Proceedings of the National Academy of Sciences, Johnson and his co-authors Diane DiEulis from the U.S. Department of Health and Human Services, Stephen S. Morse from the School of Public Health at Columbia University and David Schindel, also from the Natural History Museum, wrote that researchers and public health officials need to start paying more attention to the vast collections resources available in research institutes and museums, as well as funding these highly valuable historic specimens.

Museum collections can help public health officials identify new diseases, learn their origins, and determine how to best stop them.

Even collections that appear at first to be irrelevant to medical research—including decades worth of dead mice—can prove useful.

In 1993, a mysterious new disease emerged and began killing people in the American Southwest. The mortality rate was initially around 70 percent as doctors struggled to understand what would eventually be identified as a hantavirus, which are a group of viruses known to be associated with rodents.

Nobody knew whether this was an exotic virus recently introduced to the area or if it was something that was already present. To find out, researchers turned to frozen rodents at the Museum of Southwest Biology at the University of New Mexico as well as the Museum at Texas Tech University. Both institutions had collected the animals as part of field biology programs—740 frozen mice were tested, dating back to 1979. It turned out that the dangerous strain of hantavirus had been endemic all along.

By combining this data with analysis of the genomes of hantaviruses, researchers concluded that hantaviruses had been following rodents around in North America for at least seven million years. So why did humans suddenly start getting infected?