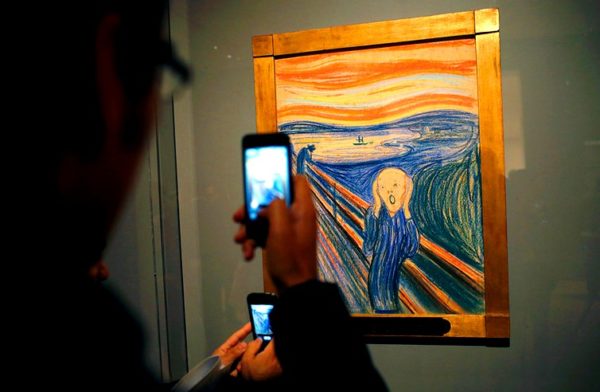 Americans clearly love their museums, particularly in the summer months. In fact, museum attendance is estimated at about 850 million visits a year, significantly more than all the major league sporting and theme parks combined (about 483 million in 2011).

That’s in a part because they have a lot of choices. If you include zoos, historical societies, botanical gardens and similar historical or cultural sites, the number of museums in the U.S. surpassed 35,000 in 2014, more than double the tally in the 1990s.

Art museums, which I would argue make some of the most important contributions to contemporary culture, number about 1,575 and are also very popular. One of the most famous, New York’s Metropolitan Museum of Art (“the Met”), for example, saw a record 6.5 million visitors in 2015, making it the world’s third most popular museum.

But record attendance doesn’t necessarily translate into record revenue. Just last month, the Met said it is laying off more than 100 of its employees as it tries to erase a US$10 million budget deficit, just a few months after it announced a hiring freeze and voluntary buyouts.

Meanwhile, one of its rivals down the street, the Museum of Modern Art (MoMA), is flush with cash and just received another $100 million for an expansion and renovation. Yet only about three million people stopped by to see its art in 2015, ranking it 15th in the world.

What explains the different trajectories? Why do some museums flourish while others flounder?

Lately I’ve been exploring the new economics of culture and art markets for a book to be published in 2017 called “The Economics of American Art: Art, Artists and Market Institutions.” My research leads me to believe there are three reasons why different museums have different fates: fashion, demographics and billionaires.