You are here: Home » Articles filed under: 'News' » Article: 'Museums ‘without the rancour & the bias’'

Museums ‘without the rancour & the bias’ 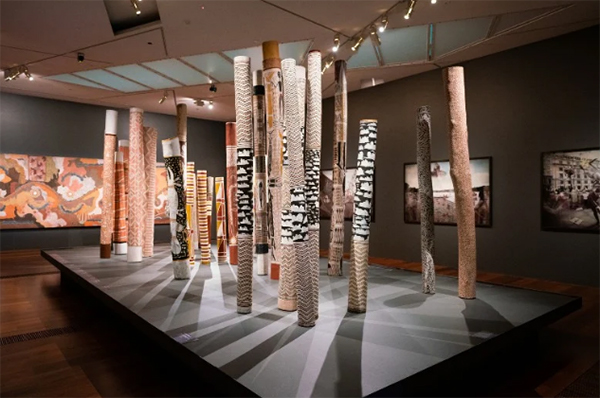 A new survey commissioned by the Council of Australian Museum Directors (CAMD) has reported that 70% of Australians have a ‘high degree of trust’ in cultural institutions as visitor numbers to museums and galleries soar.

Respondents to the survey by Democracy 2025 indicated that public trust for museums and galleries is higher than universities and the media.

During the past 12 months, about 78 million people attended Australian museums, either onsite or via online events and programs.

Despite there being no foreign tourists to bump up figures, visitor numbers have doubled at the Australian Museum since it reopened to the public late last year after renovation works were completed. Director and CEO Kim McKay said the Australian Museum had recently reached a record visitor count of 400,000 people.

“There’s nothing like free general admission, combined with a pent-up desire to see the new spaces, and great special exhibitions to attract the public. These numbers affirm the important role of museums,” McKay said.

CAMD chair and director of the Museum of Australian Democracy Daryl Karp said museums were important places of reflection for people living in a ‘pandemic-changed world’ and that the institutions also supported visitors’ mental health with calming experiences and a sense of community.

“Time and again, museums have demonstrated their ability, not only to boost local economies, but also to bring people and communities together,” Karp said.

“Museums provide places for decompression, socialisation and an opportunity to explore new ideas, which is more important now than ever.”

Ms Karp added that museums offered ‘safe places for unsafe ideas’ and made room for important but difficult public conversations to take place, through honest explorations about issues like reconciliation or climate change.

At the Western Australian Museum, which is committed to showcasing diverse voices, visitor numbers have also grown by 35% since pre-COVID numbers. Its newly opened Boola Bardip exhibit has attracted a record 460,000 visitors in the first six months of opening.

WA Museum CEO Alec Coles also said that museums were an appropriate place to have open public conversations ‘without the rancour and the bias that you see elsewhere’.

“We want to encourage critical reflection and debate, to be a conduit for real stories, for healing, and ultimately, for truth,” Coles said.

Karp cited a new roadmap for enhancing Indigenous engagement with Australian cultural institutions as just one way that museums and galleries were doing more to advance reconciliation of Australia.